Fusion CD of the Month - "Marbin: The Third Set" 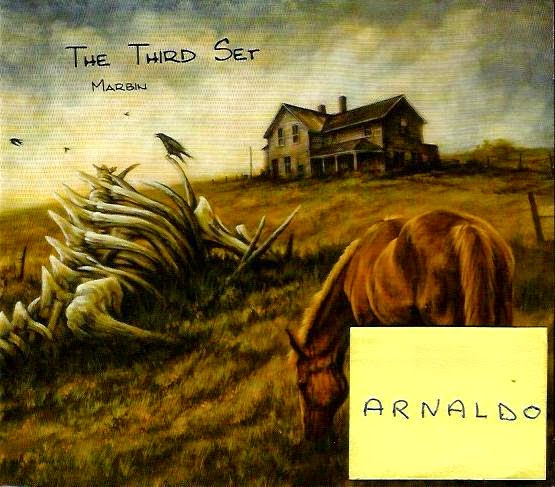 What does a band that has performed over 1000 shows during the course of the last four years do for an encore? -- Recording a scorching, balls-to-the-wall, three-alarm live album seems like a natural progression!

Without question, one of the hardest-working, most motivated and -driven independent bands in the world today, Marbin's The Third Set is a testimony to the work ethic, drive and determination which has become synonymous with their name, and the depth of musical diction, styles and textures these gentlemen have reached. Beyond that, it's a bone-crushing, no-holds-barred, sonic feeding frenzy -- as the young lions devour a sizzling set of their best material with unparalleled intensity!! Capturing facets of their style, sound and group interaction as only a smokin' live performance possibly could, The Third Set is the ultimate live document of a band in peak form and firing on all cylinders.

Ever the musical chameleons, Marbin continues to expand their horizons while pushing their music to the absolute limit! Both founders, guitarist Dani Rabin and saxophonist Danny Markovitch, show more-than-ample evidence of the fire that burns in them. Rabin's chops have never been more hard-hitting, emotional and convincing; with blazing legatos lines alternately punctuating proceedings with Beck-like melodic phrasings and sweet chord comp work, Dani's many hours of off-stage preparation and sustained musical growth are clearly in evidence. Markovitch is equal to the task: playing with more fervor than ever before, with his perfectly-interspersed and -articulated lines weaving their magic.

With Justyn Lawrence and Jae Gentile holding down the fort, laying down tight-knit syncopations and grooves throughout this scalding set, the band never sounded more on top of their game. (... who said "playing with fire" was a bad thing?) The Third Set is the next step forward in the evolution of Marbin, as today's prodigies transform into tomorrow's progressive luminaries. Fasten your seat belts for this one, kids: it hugs the tight corners while refusing to let off the gas!
Posted by Arnaldo DeSouteiro at 11:03 PM