Compilation of the Month - "Jazz Roots: Music of the Americas" 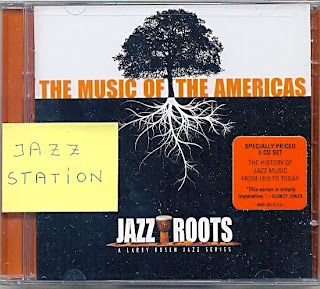 CD Compilation of the Month
Jazz Roots: Music of the Americas (Sony Masterworks) 2011

This is not a perfect compilation, though. Despite a lot of text (written by Aaron Smithers, Bill Banfiled & Dave Baker, edited by Hazel Rosen plus an intro by Larry Rosen himself) and many pics in the 26-page booklet, there are NO CREDITS to the composers (!!!) neither to the musicians (sidemen) neither to the original producers of the selected tracks - but the publishers are listed. It means that no student will be aware that Dorival Caymmi and Antonio Almeida composed "Doralice," but they are told that the song is published in the USA by a company called Matador Music Publishing, to which anyone will have to pay royalties if decides to record the song. Surreal!

Not to mention the many mistakes regarding the titles of the original albums from which the tracks were taken. According to the CD data, Weather Report's "Birdland," for example, doesn't comes from the groundbreaking "Heavy Weather," but from the "This Is Jazz, Vol. 10" compilation - btw, the "new" fade out of this particular track is horrible. Recording dates? Well, Charlie Parker's "Ornithology" has "recording dates unknown" (sic). Who plays with Miles Davis on "So What" from the legendary "Kind of Blue"? If someone is not familiar with the album, they'll not find on this CD any information about the contributions of John Coltrane, Cannonball Adderley, Bill Evans, Paul Chambers & Jimmy Cobb, nor that Irving Townsend produced the session.

The section/page about "Brazilian Jazz" refers only to Bossa Nova, but, oddly, there are no bossa standards. The two selected cuts were the title track from Antonio Carlos Jobim's 1970 CTI masterpiece "Stone Flower" (which is not a bossa nova at all; no mention to producer Creed Taylor nor to the CTI label anywhere in the booklet, although there's another CTI track, George Benson's live take of "Take Five") and Eliane Elias' 2003 version of Dorival Caymmi/Antonio Almeida's "Doralice," a lovely samba chosen by João Gilberto to the historic "Getz/Gilberto" album, omitted on the text. Both Dorival Caymmi and arranger Eumir Deodato (the main man behind "Stone Flower") are uncredited on the album. The text about Brazilian music, on page 18, includes even Bebel Gilberto in a 3-line list of "Vital Artists," but once again Caymmi and Deodato are not mentioned.
******
Sony Masterworks Jazz in partnership with producer Larry Rosen is releasing "Jazz Roots: The Music of the Americas," the first compilation of this new branded series which traces the story of Jazz starting with the “Drums from Africa” and their effect on the musical DNA of the Americas. The historical descriptions for the package have been created in association the Quincy Jones Musiq Consortium. The 2-CD 36 track compilation will be available on April 5, 2011.

The Jazz Roots recorded music series is inspired by “Jazz Roots – A Larry Rosen Jazz Series,” which is a concert and educational program created for performing arts centers across America. The concert series was launched at the Adrienne Arsht Center in Miami, Florida in 2008 and continues to expand across America, including the AT&T Performing Arts Center in Dallas, Texas and The Center for the Performing Arts at the Palladium Theater in Carmel, Indiana. The Jazz Roots series is represented by IMG Artists and will be presented in additional PACs across America.

“Jazz Roots presents the music of the Americas in a most compelling fashion,” says Alex Miller, General Manager / SVP, Sony Masterworks. “Larry Rosen’s long career in the music business from musician to producer to entrepreneur has a track record of very successful enterprises, and we are honored to play a role in celebrating this musical legacy.

“The Jazz Roots series was developed to bring communities together around our common culture, which includes music performance, education, and entertainment. We targeted performing arts centers across the country because that is where communities come together to address our performing arts.” said producer Larry Rosen. “We create thematic concerts that feature world class artists in world class concert halls. To date we have presented over 100 major award winning artists in every sub-genre from the Blues, to Big Bands, to Latin, to Fusion and Straight Ahead to Gospel. These shows celebrate our multi-ethnic background and link our music to a common heritage that represents America.”

Rosen continues: “To help tell this great American story, we have joined forces with the iconic music artist/producer Quincy Jones and his Quincy Jones American Popular Music Curriculum. Our combined efforts for this Sony Masterworks 2-CD compilation will bring this amazing story to fans and students around the world.”

Legendary artist/producer Quincy Jones implements his American Popular Music Curriculum program into schools across the country in collaboration with the Jazz Roots education program. The Jazz Roots education and outreach components are designed to reinforce audience development, targeting area middle and high schools as well as adults within respective communities. The series provides an opportunity for schools to bring their students to sound checks and performances, which includes artist Q&A sessions and master classes. These initiatives organically connect to local community groups, art centers and the local boards of education.

“It’s so important that Americans and particularly our children learn about their culture. This series is simply imperative.” said icon Quincy Jones. “We are happy to be part of this extraordinary endeavor….You can’t know we’re you’re going unless you know where you’ve come from.”

Quincy Jones is a world famous iconic musician, producer, and entrepreneur. The all-time most nominated Grammy artist, with a total of 76 nominations and 26 awards, Quincy Jones has also received an Emmy Award, seven Oscar nominations, and the Academy of Motion Picture Arts and Sciences Jean Hersholt Humanitarian Award. In 2009 he launched The Quincy Jones Musiq Consortium which encourages collaboration, shared services and advocacy while building a community in music education. www.quincyjones.com 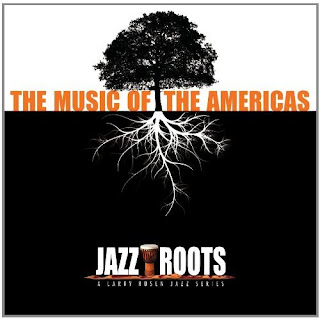 Posted by Arnaldo DeSouteiro at 7:28 AM