This enchanting CD, by LA-based singer Sony Holland, offers delightful moments that combine elegance, delicacy, sensitivity & musical joy, in reverence to music's subtler values. The lovely intertwining of lines, tempos and motifs abounds throughout the beautifully & inventively arranged 13 track-program, a perfect blend of standards (from the opener "My Foolish Heart" to the finale with the best vocal version of "My Romance" since Carly Simon's recording with Eddie Gomez & Steve Gadd 20 years ago) and originals by Sony's hitmaker (and multi-talented) husband Jerry Holland -- my personal favorite being "Little Tune," that sounds sooooo pretty!

Also noteworthy are Sony's renditions of Rufus Wainweight's title track "Sanssouci" and Carla Bruni's "Those Dancing Days Are Gone," composed (for her second album, "No Promises", from 2008) after a 1929 poem by William Butler Yeats. Not to mention Joseph Kosma's 1945 standard "Les Feuilles Mortes," sung firstly in French (with the original Jacques Prévert lyrics) and soon after with the English lyrics added by Johnny Mercer in 1947. The mixing of Sony Holland's soulful vocals with the sparse/ingenious instrumentation is pure pleasure. 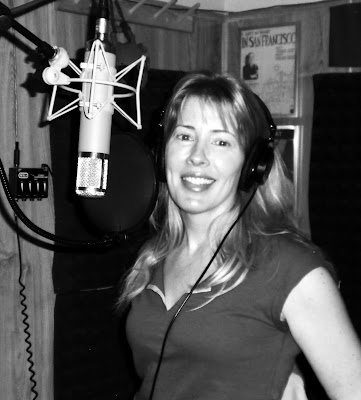 Sony Holland talks about the recording of "Sanssouci"
********
"I had been overdue for a new release and wanted to do something different from the traditional jazz trio, piano based recordings I've made in the past. Since I have been gigging frequently as a duo with Jerry, my guitarist/composer/husband (not necessarily in that order), we decided to do a CD that would convey the essence of what those performances have been. The two of us brainstormed on which songs to include. We even did a little "test" recording in our bathroom, the quietest room in our apartment. We picked 13 of my favorite songs that have enough variety but still fit on the same disc. I could easily fill another disc, so leaving some songs out is the toughest part... 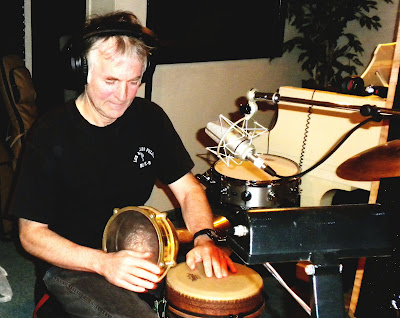 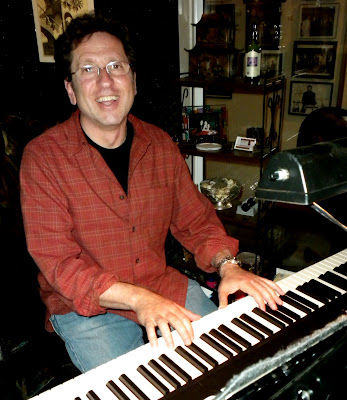 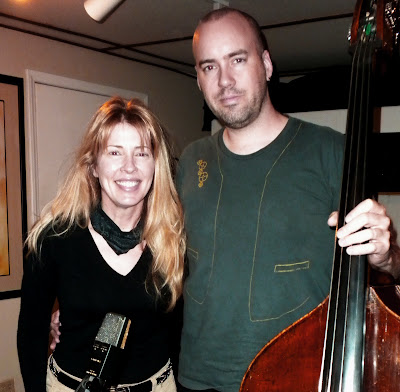 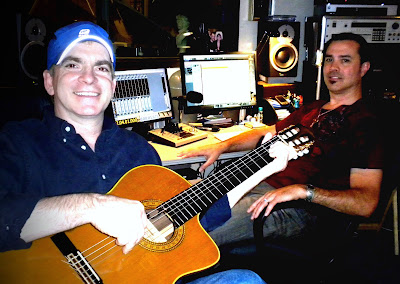 (Jerry Holland)
About the songs:

I’m pleased to present my new CD, SANSSOUCI. It is a very personal project for me with softer and darker overtones, especially on songs like "Les Feuilles Mortes" (with the haunting cello) and "When I Find You." Though it was put together on an artists budget I’m proud of the result and I trust it will bring you lots of listening pleasure. I hope you will find the songs interesting in their variety yet cohesive as a group.

The title track is a wonderful song written by Rufus Wainwright. SANSSOUCI refers to a summer palace built by King Frederick of Prussia in 1745. Both the song and the palace bring to mind a certain glorious despair, a sense of grandness and loss at the same time...I certainly have an understanding of those dual emotions.

Here is a quick rundown of the songs. Since I opted for very minimal packaging there wasn't room to print most of this info on the jacket.

Curiosity (J. Holland)
This lovely melody is one of the first songs that Jerry wrote for me and is also influenced by Astrud's music. I confess that he stole the line, "Don't you want to kiss me," straight from my lips. I just blurted it out one evening when he was trying to play it cool.

Those Dancing Days Are Gone (C. Bruni, W.B. Yeats)
"I carry the sun in a golden cup, the moon in a silver bag." That line from W.B. Yeats poem grabbed me right away, and the catchy music by Carla Bruni is really sweet. We gave it a reggae feel.

Sanssouci (R. Wainwright)
The title track was written by the one and only Rufus Wainwright. Sanssouci was the summer palace of Frederick the Great, located in Potsdam. Jerry's hypnotic guitar and Wolf Sebastian's cello combine for some charming interplay.

What A Difference A Day Made (S. Adams, M. Grever)
No one tops Dinah Washington's original version. The foot pedal for the keyboard was broken the day Robbie Kondor came in to record, but he laid down a fluffy pillow of an organ track anyway!

Little Tune (J. Holland, A.R. Scott)
I love this little tune! Jerry co-wrote it with his friend Alan Roy Scott. They were co-writers years ago when they were young rockers in NYC. Alan moved to L.A. in the 90's and got a gig writing for TAMLA, the publishing division of MOTOWN. When we first moved to SoCal the two of them got together (for the first time in 20 years) and wrote this song in one short session. I hope they don't wait another 20 to write another.

When I Find You (J. Holland)
This is one of my favorite songs of Jerry's. In addition to Kendal's djembe I love the bells he added. He also played udu and tambourine on this one.

You Don't Know What Love Is (G. de Paul, D. Raye)
You don't know the true value of something until you've lost it...Amen! There have been many versions of this, including the classic by Billie Holiday.

You're Always With Somebody New (J. Holland)
This coy tune was inspired by a friend of ours who always shows up with a new girl in his arms...a 'bad boy' indeed!

Too Many Beautiful Girls (J. Holland)
Everyone asks what a "Kangol crown" refers to in this lyric so here's the explanation: 'Kangol' is the brand of beret I often wear, like the one in the picture below. I have a white beret too!

The First Time Ever I Saw Your Face (E. MacColl)
This has been a fan favorite at my concerts for several years. According to Wiki, the songwriter, Ewan MacColl, was an absolute folk purist. For example, he did not approve of English people singing Scottish folk songs or vice versa and reputedly hated almost all the recordings of this song, including Flack's. Hmmm...

My Romance (R. Rodgers, L. Hart)
We chose to wrap things up the same way we started, with a simple version of a beautiful song. Sweet dreams!
Posted by Arnaldo DeSouteiro at 6:22 AM