As the final surprise of the Montreux Jazz Festival 2009, Prince did two 3-hour long concerts (one at 5PM, the other from 11:30 till 3AM!) in the last night of the event, on July 18, at the Auditorium Stravinsky. He got $4 million for the performances that sold out (8,000 tickets!) in less than eight minutes despite the global economic crisis and a ticket price of 480 CHF, ie, Swiss francs (315 euros, 450 dollars) per seat.

The 51-year-old soul/funk revolutionary closed the two-week event treating an ecstatic audience with a massive mix of old hits including "Little Red Corvette," "Peach" and "Purple Rain" and new tunes such as the title track from his new jazzed influenced "Elixir" album that features singer Bria Valente. Wearing a bright red suit, geometric gold necklace and red & white platform shoes, Prince entered the stage with his red guitar, bathed in his trademark purple light. "Montreux, thank you," he said in the end of the first concert, as he blew a kiss to the crowd before kicking off an encore with "Insatiable." Prince also performed "Penetration" (one the songs that he recorded with Miles Davis in a never released project) and a jazzy version of "In a Large Room With No Light" for both shows in Montreux, which organizers praised as a "groovy mix of soul, jazz and funk." Changing into a metallic grey outfit, he closed the second concert with "Purple Rain," a chart-topper marking its 25th year. John Blackwell (drums), Rhonda Smith (bass), Morris Hayes and the Brazilian Renato Neto (both on keyboards) were the lucky sidemen.

I had never experienced anything like this. The best and craziest hedonistic funk ball of my entire life, taking the audience to an ecstatic frenzy. Really beyond words... Thanx Claude, LM, TA & SF.

After Jeff Beck & Prince, after the funk is gone, Sunday morning in Montreux, before heading back to LA: 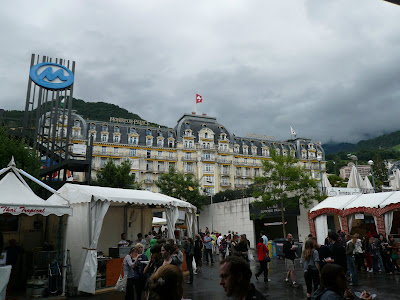 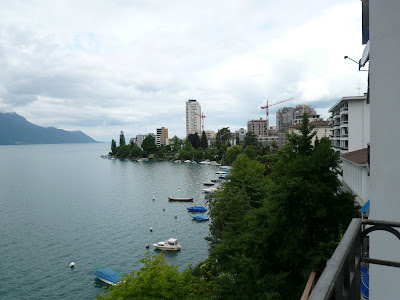 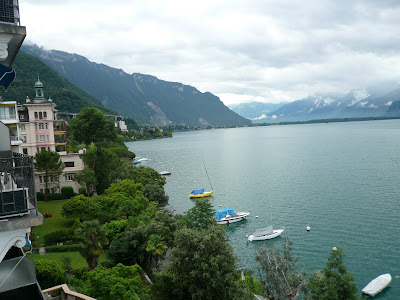 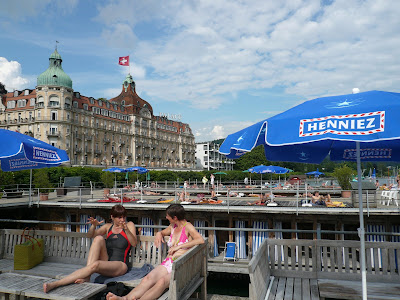 (LM and a Swiss friend) 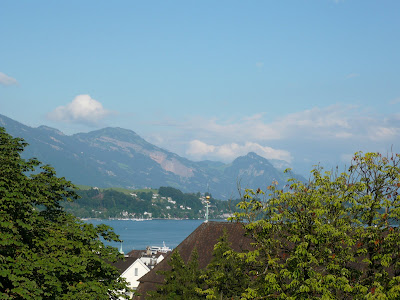