Brian Lynch & the afro-caribbean side of Woody Shaw 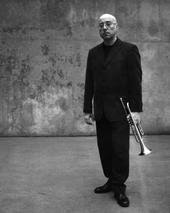 Join Grammy Award winning trumpeter Brian Lynch and an all star ensemble featuring two other world renowned trumpeters – Terell Stafford (USA) and Paolo Fresu (Italy) in a salute to the legendary trumpet innovator Woody Shaw. Part of a four day tribute to Shaw’s music at the Jazz Standard as part of this year’s Festival Of New Trumpet music (FONT), this performance will partially focus on the Latin inflected aspect of Woody’s compositional output, along with Afro-Caribbean re-imaginings of his works crafted by Lynch along the lines of his acclaimed work on the “Latin Side of Miles/Coltrane/Wayne Shorter” projects. The balance of the program will use as a vehicle some of the “Great American Songbook” standards that Woody played on his later recordings such as “Setting Standards” and “Imagination”. A terrific rhythm section of Orrin Evans (piano), Essiet Essiet (bass), Donald Edwards (drums), and Little Johnny Rivero (percussion) will be taking care of business behind and alongside los tres trompetistas. Don’t miss this special performance in tribute to one of the greatest musical minds of the 20th century, Woody Shaw!
**********
Woody Shaw (1944-1989) in his all too short career in the music managed to both redefine the jazz trumpet vocabulary, influencing subsequent generations of jazz trumpeters to this day, and leave an important and enduring legacy as a composer and bandleader. Shaw grew up in Newark, New Jersey, and began his study of music at the age of 11, later attending Newark Arts High School. Early in his career he was influenced by Clifford Brown, Lee Morgan, Fats Navarro, Booker Little, Dizzy Gillespie and Freddie Hubbard amongst others, yet the influence of saxophonist Eric Dolphy, with whom he played and recorded in the 1960s, and John Coltrane, were equally as important to the development of his style and concept as a trumpeter and composer. He worked during the 1960s with such greats as Horace Silver, Max Roach, and Art Blakey. During this period he also recorded for Blue Note Records as a sideman with Andrew Hill, Jackie McLean, Chick Corea, McCoy Tyner, and others. Beginning in the mid-1970s he worked primarily as a leader. Shaw saw himself as an heir to the musical tradition of great trumpeters such as Dizzy Gillespie, Fats Navarro, and Clifford Brown, and felt determined to uphold the highest artistic standards despite a relative lack of commercial success. He released several albums on the small Muse label, then in 1978 was signed to Columbia Records and recorded the albums Rosewood, Stepping Stones, Woody III, For Sure, and United. Rosewood was nominated for 2 Grammies and was voted Best Jazz Album of 1978 in the Down Beat Reader's Poll, which also voted Woody Shaw Best Jazz Trumpeter of the Year and 4 Jazz Musician of the Year. Throughout the 1980s Shaw continued performing and recording as a leader. As a musician and trumpeter,Shaw was held in remarkably high esteem by his colleagues. Miles Davis, a notoriously harsh critic of fellow musicians, once said of Shaw: "Now there's a great trumpet player. He can play different from all of them." Shaw is often credited with developing an improvisational approach based on larger intervals, like fourths and fifths, instead of the smaller intervals more easily playable on the trumpet. On 10 May 1989, Shaw died from kidney failure.
*********
Brian Lynch

A respected insider within both the hardcore straight ahead and Latin Jazz communities, 2007 Grammy Award Winner Brian Lynch is as comfortable negotiating the complexities of clave with Afro-Caribbean pioneer Eddie Palmieri as he is swinging through advanced harmony with bebop maestro Phil Woods. A honored graduate of two of the jazz world’s most distinguished academies, Art Blakey’s Jazz Messengers and the Horace Silver Quintet, he has been a valued collaborator with jazz artists such as Benny Golson, Toshiko Akiyoshi, and Charles McPherson; Latin music icons as diverse as Hector LaVoe and Lila Downs; and pop luminaries such as Prince. As a bandleader and recording artist he has released a series of critically acclaimed CDs featuring his distinctive composing and arranging, and toured the world with various ensembles reflecting the wide sweep of his music. He currently is on the faculty at New York University as well as conducting clinics and workshops at prestigious institutions of learning the world over. His talents have been recognized by top placings in the Downbeat Critics and Readers Polls; highly rated reviews for his work in Downbeat, Jazziz and Jazz Times; 2005 and 2007 Grammy award nominations, and grants from the National Endowment for the Arts, Chamber Music America, and Meet The Composer. Brian’s most recent CD releases as a leader include his Grammy Award winning collaborative recording project with Eddie Palmieri, Simpático (ArtistShare – http://brianlynch.artistshare.com); Spheres Of Influence Suite (EWE), ConClave (Criss Cross), and 24/7 (NagelHeyer). For more information about Brian Lynch, see his website at http://www.brianlynchjazz.com/
Posted by Arnaldo DeSouteiro at 11:27 AM