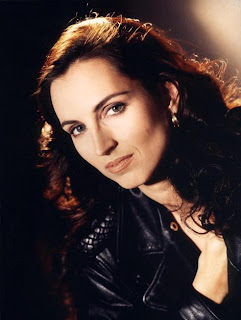 We are happy to announce a radio and webradio Barbara Dennerlein broadcast for tomorrow, September 22. It was taped just a couple of days ago when Barbara Dennerlein played at the 10th "Most + Jazz Festival" in Fehring on the large Rieger church organ of the "Stadtpfarrkirche". She was accompanied by Edi Köhldorfer on semiacoustic guitar.
The concert has been recorded by Radio Austria (ORF) and will be broadcasted on Monday, September 22nd at 10 pm (CEST) in "Jazz at it's best" on ORF - Radio Steiermark
The web radio link is: http://steiermark.orf.at/magazin/studio/radio/stories/Radio_Steiermark_live/>>
click "Radio Steiermark - live (WMP)"
The broadcast will be repeated on Radio Ö1 's weekly program "On Stage" (on Mondays, 7:30 pm CEST) and also as live web broadcast.
Posted by Arnaldo DeSouteiro at 10:03 PM