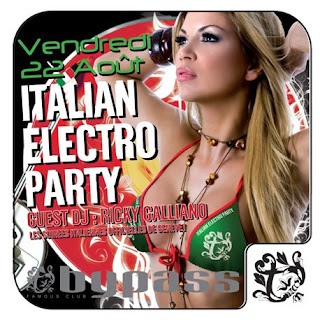 Although Arnaldo DeSouteiro will not be able to be there in person, tonight, the "Italian Electro Party" at Bypass will play many of DeSouteiro's dancefloor tracks produced for albums by Gazzara, Dom Um Romão, Ithamara Koorax and many others.
Both the 2-CD set compilation "Music for Cocktails: Beach Life" and the 5-CD box set "Milano Marittima", which include tracks produced by Arnaldo DeSouteiro and are being officially released this month all over Europe, will be featured in this exciting and super-hot party!
********
Bypass Genève
Carrefour de l’Etoile 1,
1227 Les Acacias Genève
Ph: 0022 300 6565
Posted by Arnaldo DeSouteiro at 8:32 AM