CD of the Day - "Pablo Held: Forest of Oblivion" 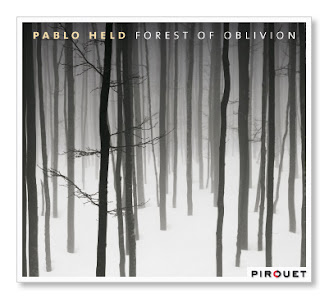 CD of the Day
Pablo Held: "Forest of Oblivion" (Pirouet CD PIT 3032) 2008
This is piano trio music that doesn't need to advertise itself; it is simply persuasive. The music isn't looking for a quick fix or flashy effect; it lives and breathes through it's intricate structure and deep meaning. This music has something secretive and mysterious about it; it shimmers and sparkles, and in its gentle way creates a unique sense of introversion. Yes, it's not a case of introspection. It's really an introverted effort.
Born on December 27, 1986, Pablo Held is just 21. He has won first prize three times at the Young Jazz Musicians competition in Nordrhein-Westfalen, Germany - in 1999, 2003, and again in 2005; the first time as a ten year old! He has already played with the WDR Big Band, Manfred Schoof, Paul Heller, and Niels Klein. He studied in Cologne with the outstanding German pianist Hubert Nuss. And here is Held's debut CD, in a trio with Robert Landfermann (bass) and Jonas Burgwinkel (drums).
Pablo Held wrote six of the ten tracks. "Interlude" was improvised by the trio, with Held's unfolding chords, Landfermann's droning bass, and Burgwinkel's shimmering brush work. But my favorite tracks are the "recreations": Wayne Shorter's bossa-tinged love letter to his (now late) wife "Ana Maria" (originally recorded on the legendary "Native Dancer" album from 1975), Tony Williams' "Hand Jive" (from Miles Davis' "Nefertiti" LP), and "Pájaro Triste", from "Impressiones Intimas" by the Catalonian composer Federico Mompou (1893-1987).
Held's tribute to Mompou is impressive. In his "Written Improvisations", this peculiar music mind from Barcelona found value in an economical musical language, a language that shies away from verbosity; not one note too many - only those that are necessary - and here is where Pablo Held hits the mark. A very European and introverted one, indeed. 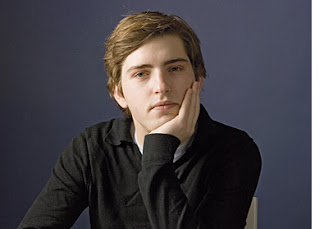 Posted by Arnaldo DeSouteiro at 3:55 PM