I was preparing to log-off and go to sleep when Lisa Marie sent me an e-mail with a single line: "Hank Crawford died". Then I told my dear friend, Douglas Payne, with whom I have worked in the reissue of Crawford's "I Hear A Symphony", and he promptly wrote me back: "... Doesn't surprise me though - I was kind of expecting it for some reason...too much indeed, all of these greats going at once." Of course he was referring to the fact that two other members of the Ray Charles band, David "Fathead" Newman (HC's colleague in the sax section) and Leroy Cooper (who had just left the band when Ray recruited Hank), passed away a couple of weeks ago. Not to mention the death of our adored Freddie Hubbard on December 29, 2008.

Blues was the wellspring of everything Hank Crawford (David Sanborn's main idol) played. Critic and historian Rudi Blesh observed some 40 years ago that the Memphis-born saxophonist “penetrates to the blue core that has been at the heart of our popular song in the long half century since W.C. Handy first wrote out the song of his people and made it everyone’s song. Crawford knows where the night hides in the bright measures, and where the cry lingers so darkly on the half-minor thirds and sevenths of most American music, from spiritual to blues to ballad.”

Jazz historian Thom Jurek wrote on the All Music Guide: "With an unmistakable blues wail, full of emotion and poignancy, altoist Hank Crawford bridges the gap between that tradition and that of jazz more completely than any other (living) horn player."

The distinguished saxophone stylist recorded eight solo albums for Creed Taylor's Kudu label (a subsidiary of CTI) during the 70s. I grew up listening to such records, on which Hank's alto sax cried out with trademark urgency over a solid jazz-blues-funk platform. However, some of my personal favorite Hank Crawford performances were cut for live albums with the CTI All Stars dream-team, such as the 2-LP set "California Concert" and the "CTI Summer Jazz Live at Hollywood Bowl" series. 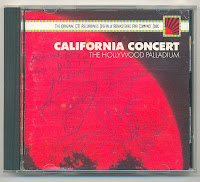 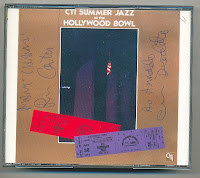 Later on, I had the honor to produce and supervise, in 2001 and 2007, the Japanese CD reissues of Crawford's best-selling albums for Kudu: "Help Me Make It Through The Night" (his solo debut on the label) and "I Hear A Symphony" (for which I invited CTI historian Douglas Payne to write new liner notes).
http://jazzstation-oblogdearnaldodesouteiros.blogspot.com/search?q=%22I+Hear+A+Symphony%22
http://jazzstation-oblogdearnaldodesouteiros.blogspot.com/2007/04/hank-crawford-help-me-make-it-through.html
After a long stint at Atlantic in the '60s, Crawford was one of the first artists signed by Creed Taylor to the Kudu label, and the last hero of the original CTI/Kudu cast to leave Creed in 1978, a few months before CTI was forced to file for Chapter XI. Hank appeared on Kudu's debut album, Johnny Hammond's "Breakout." He also contributed to Hammond's last album for Kudu, "Higher Ground," having done a few other sideman appearances with Esther Phillips ("From A Whisper To A Scream" and "Alone Again, Naturally," both already available on CD) and the gospel group B. C. & M. Choir ("Hello Sunshine," the album which inaugurated another CTI subsidiary, the Salvation label; this one was never reissued in any format after its original LP release).
Then came an excellent string of albums for Milestone/Fantasy. "After Dark," Crawford’s fourteenth album for Milestone (counting the four on which he has shared co-billing with organist Jimmy McGriff), closed with a heartfelt rendition of “Amazing Grace,” taking him back to Sunday mornings at Springdale Missionary Baptist Church, where he gained his earliest performing experience.

Crawford’s searing alto saxophone style will forever remain as one of the most distinctive in all of American music—an intense wail filled with blues-bitten grace notes, sensuously slurred phrases, and shivering, vibrato-rich sustains—and had a major impact on crossover star David Sanborn. As an arranger, Crawford has a special gift for voicing a small horn section to make it sound larger. He put this talent on the backburner during his stint with the Kudu label, but has returned to a prominence as an arranger in the late 70s and early 80s, contributing meaty horn charts (and his alto sax) to albums by B.B. King, Lou Rawls, David “Fathead” Newman, Arthur Prysock, Johnny Copeland, Etta James, and others.

Born Bennie Ross Crawford, Jr. on December 21, 1934, he began formal piano studies at age nine and was soon playing for his church choir. His father had brought an alto saxophone home from the service, and when Bennie Jr. entered high school, he took it up in order to join the band. He credits Charlie Parker, Louis Jordan, Earl Bostic, and Johnny Hodges as early influences.

At school, he hung out with Phineas Newborn, Jr., and his brother Calvin, Booker Little, George Coleman, Frank Strozier, and Harold Mabern all of whom would go on to become important jazz figures. “We had a pretty good education just by being around each other,” says Crawford, who was dubbed “Hank” after legendary Memphis saxophonist Hank O’Day.

Although their after-school hours were largely devoted to studying the bebop bible as handed down by Charlie Parker, the teenagers cut their professional teeth on the blues. Before he had finished high school, Crawford was playing in bands led by Ben Branch, Tuff Green, Ike Turner, and Al Jackson, Sr., which frequently backed up-and-coming local blues singers like B.B. King, Bobby Bland, Junior Parker, Johnny Ace, and Roscoe Gordon at the Palace Theater, the Club Paradise, and other Memphis venues.

In 1953, Crawford went away to Tennessee State College in Nashville, where he developed his arranging skills as leader of the school’s dance band. Discovered one night at the Subway Lounge by producer Roy Hall, the group cut a single, “The House of Pink Lights”/”Christine,” for a local label with Crawford as the featured vocalist.

His big break came in 1958 when Ray Charles passed through Nashville. Baritone saxophonist Leroy “Hog” Cooper had just left the band, and Charles offered Crawford the baritone chair. “I learned a lot about discipline and phrasing from Ray,” Crawford once remarked. “He would keep me up a lot of nights and dictate arrangements to me. I learned how to voice and get that kinda soulful sound. I think I kinda had it before, but being around him just helped that much more.”

“Sherry,” Crawford’s first composition and arrangement for the Charles septet, was recorded for the Ray Charles at Newport album shortly after he joined the band. In 1959, when Cooper returned to the fold, Crawford switched to alto. Two years later, Charles expanded to full big-band size and appointed Crawford musical director.

By the time Crawford left Charles in 1963 to form his own septet, he had already established himself with several solo albums for Atlantic. From 1960 through 1970, he recorded 12 albums for the label. Signing with Creed Taylor’s Kudu in 1971, he cut one album a year over the next eight years in the then-fashionable CTI fusion-crossover mold (or "fusion-y groove jazz dates" in the words of Thom Jurek), often backed by large ensembles arranged by people like Don Sebesky, Bob James and David Matthews.
Crawford returned to classic form upon signing with Milestone Records in 1983, playing alto saxophone and often writing for little big band in the soulful manner that first made him famous. Six of his albums for the company — "Midnight Ramble," "Indigo Blue," "Roadhouse Symphony," "Night Beat," "Groove Master," and one track of "South-Central" — featured the churchy, Ray Charles inspired piano and organ of Dr. John. In 1986, the saxophonist began working with blues-jazz organ master Jimmy McGriff. They’ve recorded four co-leader dates for Milestone—"Soul Survivors," "Steppin’ Up," "On the Blue Side," and "Road Tested"—and toured together when Crawford wasn’t performing with his own group. 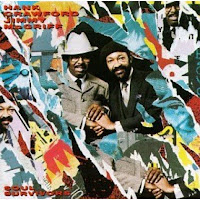 But Crawford eventually revisited his Kudu years in the "Milestone-souns-like-CTI" album "Tight" (1996), going back to Rudy Van Gelder's studio and covering such tunes as Freddie Hubbard's "Little Sunflower" and Hubert Laws' "I Had a Dream", with his Kudu stablemate Idris Muhammad on drums. 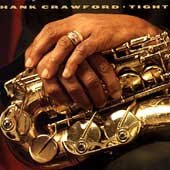 Although he spent much of his adult life based in New York City and touring Europe, Mr. Crawford returned to Memphis in 2000 after his stroke to recuperate with his family. He spent his remaining years splitting time between the Big Apple and his hometown.Mr. Crawford's death comes just over a week after the passing of his longtime collaborator David "Fathead" Newman. The two horn players were, for many years, the backbone of Charles' band.Mr. Crawford also leaves a son, Michael Crawford; a daughter, Sherri Crawford; a granddaughter, Tiffany Crawford, and six siblings. Funeral arrangements are pending.

Hank Crawford was also a blues singer—one who sings through his horn. “My approach to playing is vocal,” he once explained. “It’s not a technical approach. It’s like singing. You can almost hear the words instrumentally.” If you doubt, just listen to his renditions of "Teach Me Tonight" (from the "Tico Rico" LP for Kudu in 1976) and "Because of You" (the opening track from "Soul Survivors", his CD for Milestone in 1986 with Jimmy McGriff, also featuring his old friend from the CTI days, George Benson).
Saxofonist Hank Crawford gestorben

Posted by Arnaldo DeSouteiro at 7:17 AM

Thanks for the good article about Hank! Hank and his band was the main influence for our band, that started 1959 in Stockholm (Sweden). 1983-1985 he was in Stockholm a several times to play with our band. We played our songs, and our arrangements on his songs, and some arrangements that he brought to us. It was about 3 weeks he was here and he left a VERY strong... "something"... I was just 16 at this time (not member of the band yet) and listened carefully to his playing, sitting just in front of the stage. He became one of my biggest idols and still is. Two records came out of his appearances with our band. On the last one (from 1994), Hank is soloist in the Swedish national hymn! I had a dream to meet him and play once again with him. I am sad that it didn't turn out to be that way. ´
Hank's got his (not formal) little fan club here in Sweden and some of us will arrange a "Hank Crawford memorial meeting"!