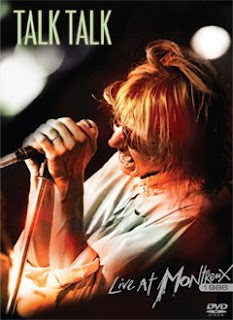 Talk Talk were one of the most sucessful British bands of the eighties. They enjoyed a string of hit singles both in the UK and right across Europe. 1986 was the band's only appearance at Montreux and caught them at the height of their success, during the promo tour (their very last!) of the album "The Colour of Spring." With a set list packed with such hits as "It's My Life" (which closes the show, being followed by three encores), "Living in Another World" and "Life's What You Make It," and lead singer/main songwriter Mark Hollis' charismatic performance, they delivered a nice 87-minute concert that draws a great response from the packed Swiss crowd. Joining the core live band of Hollis, Paul Webb (electric bass) & Lee Harris (drums) were John Turnbull, Ian Curnow, Rupert Black, Phil Reis and Leroy Williams.
Posted by Arnaldo DeSouteiro at 9:53 AM