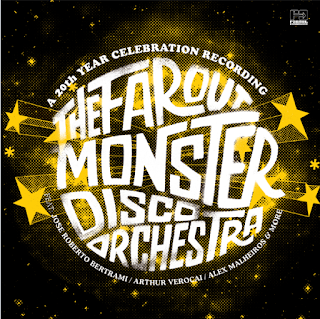 One of the most interesting albums on Far Out Recordings' catalog, features the late genius José Roberto Bertrami, Alex Malheiros and Arthur Verocai. This trio wrote most of the tunes, and recorded the basic tracks & the string section (8 violins, 3 violas, 3 cellos) in Rio. Some overdubs and the vocals were later added in London.

I vividly remember Bertrami talking enthusiastically about the project ("it's going to be the Brazilian version of the MFSB Sound of Philadelphia!") and showing me some of his songs -- "Don't Cha Know He's Alright," "Freefall," "The Last Carnival" and "Keep Believing" -- when we were on the road back in 2009. Verocai also contributed some strong originals like "A Disco Supreme" (inspired by John Coltrane's "A Love Supreme") and "Mystery." And Malheiros' always perfect bass lines & unlimited sense of groove are the ice of the cake.

If you love lushly orchestrated disco music from the late 70s, this is for you.
Posted by Arnaldo DeSouteiro at 9:11 PM