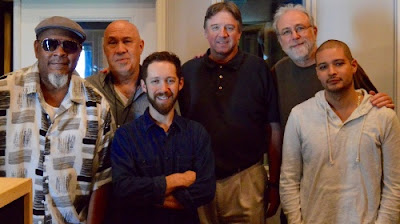 “From its surging beginning to its aspirational finale, pianist Bill O’Connell’s [and The Latin Jazz All-Stars’]Heart Beatdelivers rich, layered work… it starts hot and gets hotter.” –DownBeat

Bill O’Connell is an award-winning pianist, keyboardist, composer, and arranger celebrated in both Latin and contemporary jazz. Since becoming Mongo Santamaría’s keyboardist in 1977, O’Connell has performed with, led, and arranged for such heavyweights as Astrud Gilberto, Sonny Rollins, Paquito D’Rivera, and Chet Baker, and he recorded over a dozen albums with the Grammy Award-winning flutist Dave Valentín.

Creed Taylor introduced me to Bill O’Connell, who was signed to CTI in 1993 (after Creed heard him playing on a studio session with the late bassist Charles Fambrough, "The Charmer") and released the acclaimed solo album "Lost Voices," recorded at Rudy Van Gelder Studio. He is also featured on Fambrough's "Blues At Bradley's," released by CTI on CD, VHS and LaserDisc formats.

Bill is one of the modern greats as both a player and writer, and The Latin Jazz All-Stars, his primary band, truly lives up to its name. What better way to spend a hot Monday night?