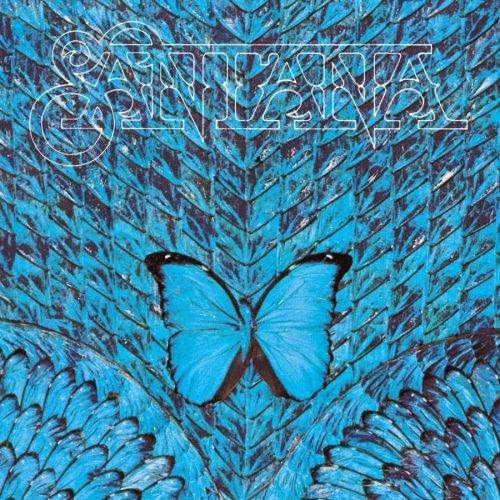 My personal favorite Santana album ever! And one of the best albums recorded by the band, along with "Abraxas," "Welcome!" and "Lotus." With a big influence of Airto Moreira & Flora Purim, the fabulous Brazilian couple with whom Carlos Santana was jamming a lot at that time [Flora had performed on Santana's previous album, "Welcome!" from 1973, and the guitarist returned the favour not only recording on her "Stories To Tell" LP in 1974 but also playing in a concert at the Terminal Island prison when she was arrested that same year], this project starts ("Spring Manifestations") and concludes ("Borboletta") with Brazilian percussive sounds, reaching its climax on an extraordinary version of Dorival Caymmi's "Promise Of A Fisherman," with Airto on drums and Flora on vocals.

That track also includes the best bongos solo -- performed by Armando Peraza -- I've ever heard on a jazz-rock session. Who's on the bass? Stanley Clarke. Need I say more? Actually, yes. "Promise Of A Fisherman" is the third part of a jazz-rock suite that is played without interruption, ending with Airto alone improvising (on vocals & percussion) some variations on Caymmi's haunting theme; that improvisation was titled "Borboletta." DownBeat magazine gave the album 5 stars, and it's not difficult to find out why.

Taking a look at the blue butterfly on the LP cover, it wasn’t surprising that purist Santana fans scented that the music in this particular garden would be more gentle and cultivated than the previous hard-latin rock sound. But one thing after another: in attune with semi natural sounds, the 'Canto De Los Flores' swings along to dabbed figures on the Rhodes piano and waves of multi-cultural drumming.

The drama continues with "Life Is Anew" – a powerfully arranged ballad, followed by a highly emotional rock number ("Give And Take"). This takes us to where Santana feels most at home – "Promise Of A Fisherman" with its wonderfully expansive guitar sound. By now, at the latest, the listener joins the sensitive outdoorsman on his chase after the butterfly named "Boborletta" with a wealth of percussive sounds. Don’t hesitate to capture this rare specimen for your collection!
Posted by Arnaldo DeSouteiro at 7:46 AM