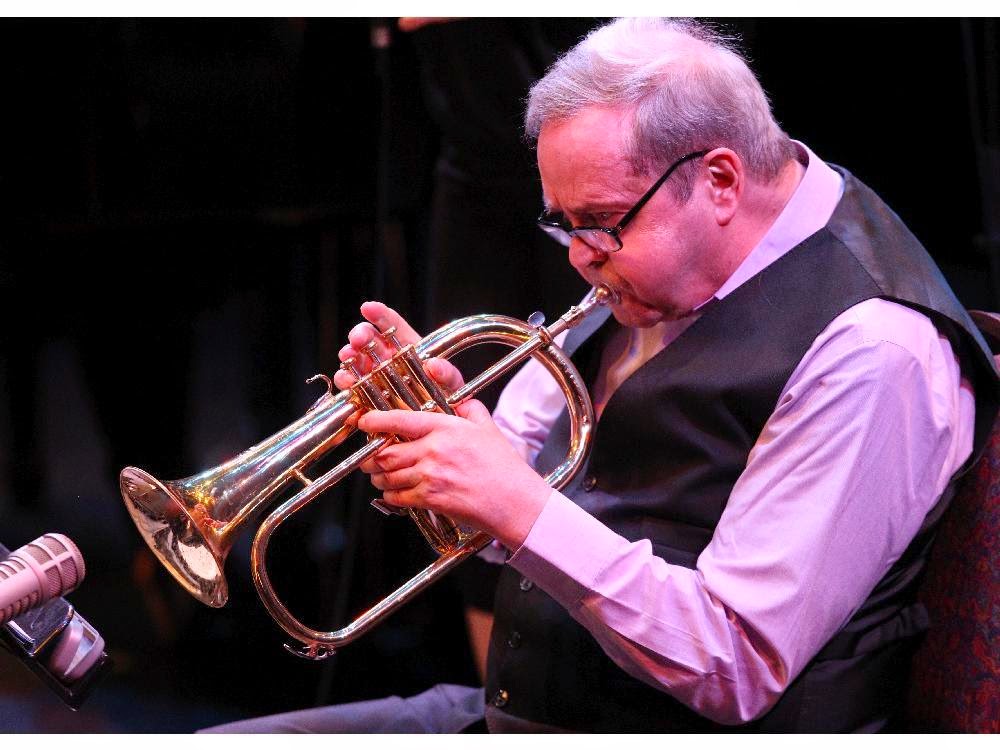 One of the best flugelhorn players in the jazz history -- alongside Art Farmer, Clark Terry, Tom Harrell and Chuck Mangione (yes, bastards purists, Mr. Mangione deserves to be on this list) -- Kenny Wheeler  just passed away today, September 18, 2014, at age 84. A perennial winner in the Jazz Station Polls, he was born Kenneth Vincent John Wheeler on January 14, 1930 in Toronto, Ontario, Canada.

Wheeler leaves a brilliant discography. Two essential items are the LP "Seven Steps To Evans" (MPS, 1980), with an all-star European band -- Gordon Beck, Tony Oxley, Stan Sulzmann, Ron Mathewson -- and its companion DVD "A Tribute To Bill Evans," a concert based on the album and with the same personnel, except for Dieter Ilg replacing Matthewson. Actually, that concert was originally released on LaserDisc in Japan back in 1991, and reissued on DVD all over the world in 1999. 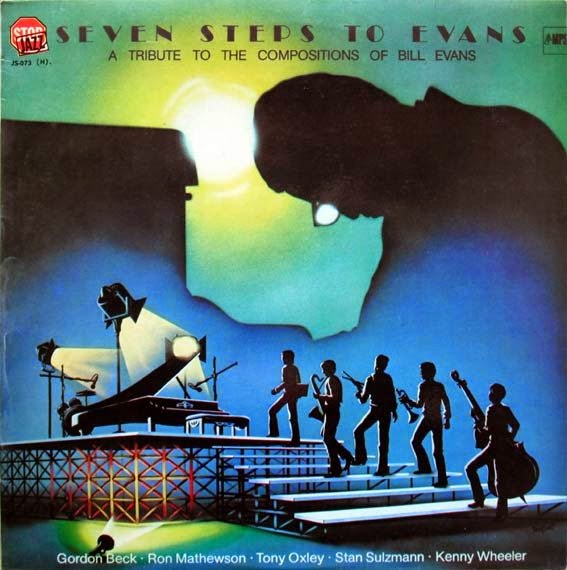 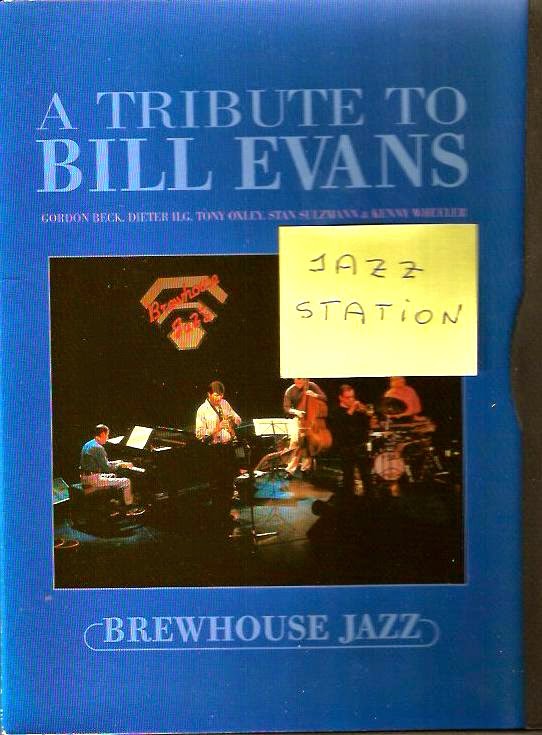 We also strongly recommend "Island" (with Bob Brookmeyer), "That's For Sure" (with Marc Copland and John Abercrombie), "Angel Song," "Kayak," "Other People," "One of Many " (with Steve Swallow and John Taylor), "The Long Waiting," "Six for Six" (released in 2013, although recorded in 2008), my personal favorite "Summerflood" (as a special guest with the German genius Jurgen Friedrich, released by CTI in Europe in 1998 and in the USA in 2003), and all the albums he did for ECM as a member of the Azimuth trio (the European one, alongside John Taylor and Norma Winstone.) 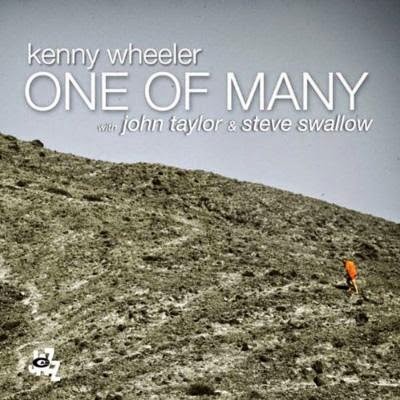 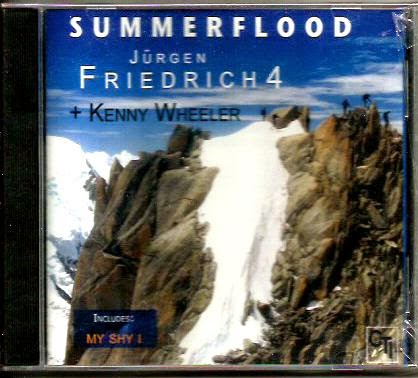 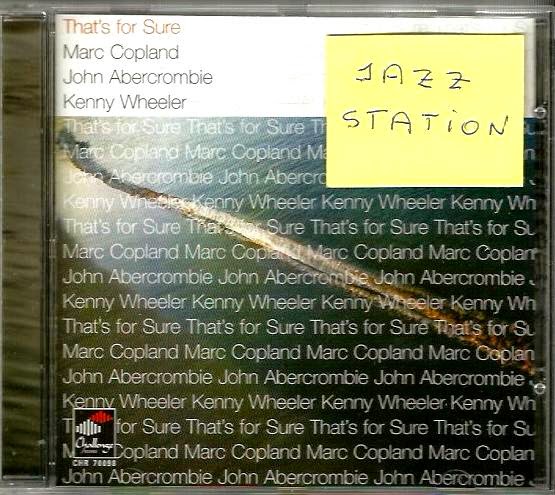 For the last two months, jazz musicians in the UK (he lived in London for the last 6o years), Canada and elsewhere were hopeful that Wheeler, a towering if extremely humble influence on so many musicians, would get the better of health difficulties. Some months ago, Wheeler was moved to a nursing home. More recently, he was hospitalised. We had posted about it sometime ago:
http://jazzstation-oblogdearnaldodesouteiros.blogspot.com.br/2014/08/a-campaign-for-kenny-wheeler.html
**************
Here's a short obituary published in The Guardian:
http://www.theguardian.com/music/2014/sep/19/kenny-wheeler-jazz-musician-dies-aged-84
Kenny Wheeler, contemporary jazz musician, dies aged 84
Trumpeter and composer became part of the free-improvisation movement after joining the London jazz scene 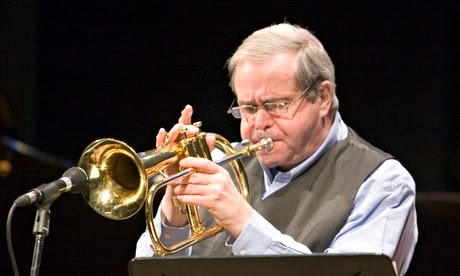 Born in Canada in 1930, the trumpeter and composer joined the London jazz scene after moving to Britain in 1952. He played in groups alongside the likes of Ronnie Scott, John Dankworth and Tubby Hayes as well becoming part of the free-improvisation movement.

He gained critical attention in the 1970s with a series of recordings for small ensembles on albums including Gnu High and Deer Wan.

However, for many fans, Wheeler's artistic peak was in the 1990s with seminal albums including Music for Large and Small Ensemble and Kayak. In 1997 he again won critical acclaim for Angel Song, a quartet album featuring Bill Frisell, Dave Holland and Lee Konitz.

In later life, he was the founding patron of the Junior Jazz programme at the Royal Academy of Music and was the subject of a year-long exhibition by the Academy Museum. He celebrated his 80th birthday with a concert in 2010.

Announcing Wheeler's death on Thursday, Nick Smart, head of jazz at the Royal Academy of Music said: "It is hard to express just how large a contribution he made to the music in this country and around the world, and how deeply he touched the musicians that had the honour of working alongside him.

"With Kenny's passing we say goodbye to one of the great musical innovators of contemporary jazz. His harmonic palette and singularly recognisable sound will live on in the memory of all who heard him and in the extraordinary legacy of recordings and compositions he leaves behind, inspiring generations to come."

He added: "Famously self-deprecating, Kenny was always modest and humble about his own musical achievements. But the truth is, he was a genius walking amongst us, and it was the most tremendous privilege to have been able to consider him a dear colleague and friend."

Jazzwise magazine tweeted: "RIP Kenny Wheeler who made an immeasurable contribution to jazz."
Posted by Arnaldo DeSouteiro at 11:20 PM