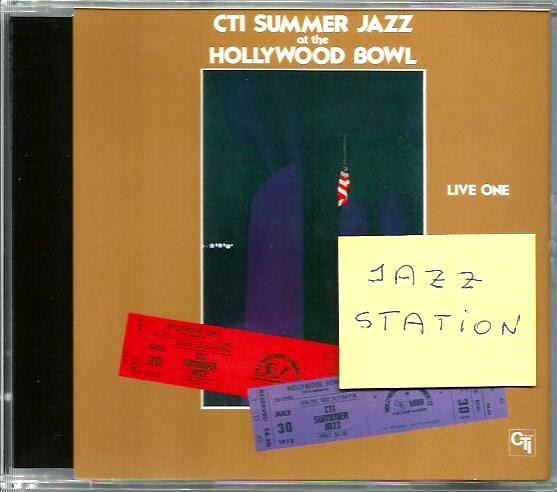 Instrumental CD Reissue of the Month
CTI All Stars: "CTI Summer Jazz at the Hollywood Bowl - Live One" (CTI/King) 2014

This "Live One" includes four extended tracks: Hank Crawford's blues "Grits Bowl," an extraordinary performance of Grover Washington, Jr. in a Marvin Gaye medley consisting of "Inner City Blues" and "Mercy Mercy Me," George Benson's astonishing take on The Mamas & The Papas' "California Dreaming," and Freddie Hubbard at the height of his powers on his own jazz standard "First Light." 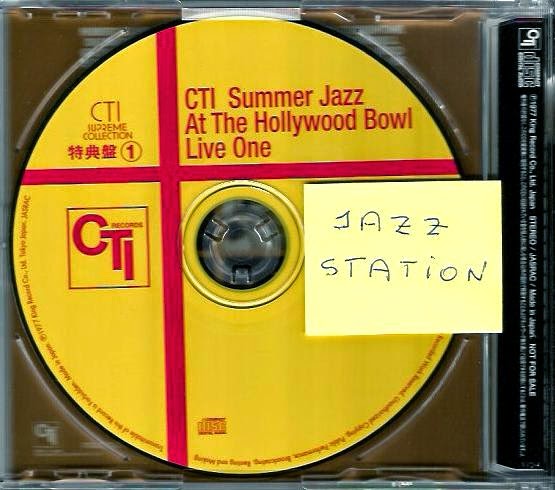 Posted by Arnaldo DeSouteiro at 7:46 AM

I was disappointed in these reissues of the Live Concerts. They didn't go down the same channel of production as the rest of the CTI Supreme Collection. First they are not Blu-Spec CDs, then the the dynamics in volume sound very compressed when compared to the 1991 and 2003 issues, Something that the series promised not to do (EQing, compression etc.) I'm not sure where you found your copy but it may be worth noting that these CDs may not be commercially available. (so I think). But only to those who submitted entry coupons in Japan. I found mine on eBay luckly.