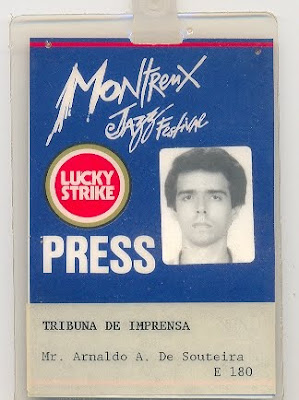 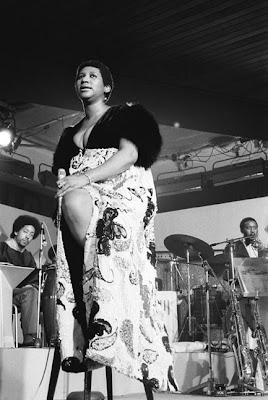 More than 5,000 hours of video footage of the Montreux Jazz Festival -- which I had the opportunity to attend for several years since 1989 -- and artists such as Aretha Franklin (pictured above), Ella Fitzgerald, Miles Davis, Phil Collins and David Bowie will be saved and immortalised by the launch of the Montreux Sounds Digital Project. The Audemars Piguet watchmaking Manufacture, Montreux Sounds SA, the company that manages the festival’s audiovisual archives, and the Swiss Federal Institute of Technology Lausanne (EPFL) are uniting their efforts to transform this unique heritage into a top-class digital resource for future generations. 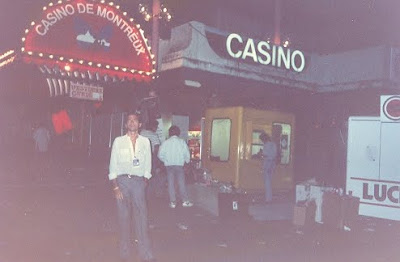 Today hosting more than 220,000 spectators per year, the Montreux Jazz Festival has recorded the concerts behind its success since its beginning in 1967. In collaboration with the TSR (the public television channel for Frenchspeaking Switzerland), the Festival filmed the early years in the most varied number of traditional TV formats imaginable. Following this, and often ahead of the latest in technological developments, the Festival has recorded in High Definition since 1991, even going so far as to experiment with 3D in 2010. The physical decay and technological obsolescence of the audiovisual methods used, none of which have had any backups, have posed a problem for the long-term management of these memories for quite some time.

The sheer number of documents (5,000 hours of taping of 4,000 groups and artists), the diversity of musical trends, and the fact that no other music festival in the world has accumulated such a heritage, makes these archives a unique treasure and doubtless one of the greatest musical records of the past 40 years. Coupled with this is the exceptional nature and historic value of certain documents. These include one of the last concerts of Miles Davis in 1991, Marvin Gaye’s performance in 1980, Ray Charles first concert with Chaka Khan and George Benson, or Ella Fitzgerald in 1969, as well as the exceptional shows produced by Quincy Jones.

For Claude Nobs, creator and iconic figure of the Montreux Jazz Festival, “Saving this heritage reinforced nearly 50 years of passion for music and the incredible musicians that I have worked with, many of whom have sadly passed on, but who have left an exceptional audiovisual legacy”.
********
Save, immortalise and perpetuate

The “Montreux Sounds Digital Project” fulfils several musicological and technological ambitions:
- Categorise, digitalise and index the content of 5000 hours of video and the same amount of audio
- Manage the storage, security and protection of the digitalised documents as well as access to them
- Promote the exceptional wealth of this musical heritage by using the latest in research techniques provided by the EPFL in the realm of computers and audiovisual
- Ensure that these documents are preserved as best possible for future generations.

This vast documentary and scientific work in progress will open its doors in 2011, offering access to these digital archives to researchers, students, musicians and professionals on the EPFL campus. This new opportunity is likely to open up whole new avenues of research and training in musicology as well as research in sound and video. Access to the public will be gradual, but documents will be available for viewing through the Montreux Jazz Café (already open in Geneva and Sydney). The EPFL will benefit from this rich heritage as a basis for launching its MetaMedia Center, a hub for competencies in the enhancement and development of media research.

For Audemars Piguet, the Montreux Sounds Digital Project is in perfect harmony with the values of tradition, excellence and audacity that the watchmaking Manufacture has promoted since its creation in 1875. “We are especially proud to support this great cultural adventure, and to participate in the writing of a new page in the history of music, which will leave a remarkable audiovisual record for future generations” explains Philippe Merck, CEO, Audemars Piguet. The digitalisation of this masterful work, which requires the best in innovative techniques and the most recent in R&D developments, has managed to conserve its DNA and the authenticity of exceptional moments. This enormous digitalisation programme has become a reality thanks to Claude Nobs and his passion for this invaluable musical heritage, and to Patrick Aebischer and the expertise of his engineers who have managed to develop appropriate technological and scientific solutions to magnify the concerts of these eternal artists.

According to Quincy Jones, an ambassador of the project since its beginnings, as well as a faithful festival follower and longstanding friend of the Manufacture Audemars Piguet: “This is the most important legacy in the history of music, ranging from jazz to blues through gospel, rock, Latin, Brazilian, African or folk music, to name but a few.”

Some of the great names that have played at Montreux (amongst many others):