Soon after the recording of "In A Temple Garden," his second and last session as a leader for CTI (not counting his appearance as special guest soloist on Art Farmer's collaboration with the David Matthews' Big Band, "Something You Got"), the iconoclastic reedman & composer (and my dear friend) Yusef Lateef started a coast-to-coast tour to promote the album that would be released that would be released the following month. This ticket is from Lateef's concert at the Armadillo World Headquarters in Austin, Texas, on June 27, 1979.

"In A Temple Garden," which received a 4-star rave review in DownBeat at the time of its original release, has not yet been reissued on CD, not even in Japan...! But I was able at least to include my personal favorite track, "Morocco," in the CD best-selling compilation I prepared for CTI in 1997, "CTI: Acid Grooves," produced by Arnaldo DeSouteiro. 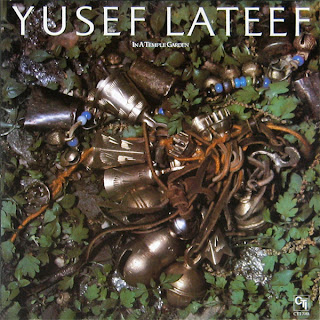 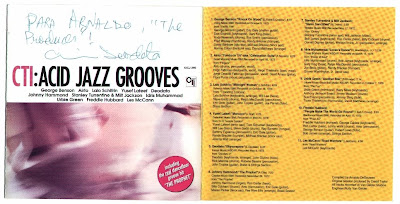