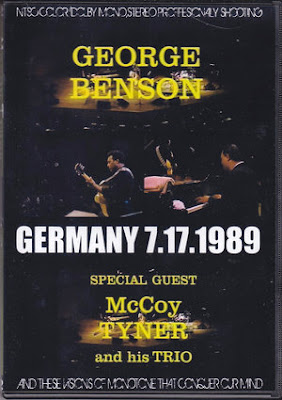 Back on July 20, 1989, at the Montreux Jazz Festival, I was fortunate to attend an unforgettable concert of the European Tour that George Benson was doing with the McCoy Tyner Trio (Tyner on piano, Avery Sharpe - a monster! - on bass, and Aaron Scott on drums) to promote the "Tenderly" album. A bootleg CD came out later, from a live performance in Florida that same year, and now we have this DVD, filmed in Germany on July 17, 1989. Essential for all fans of both artists. And I keep praying that the Montreux concert will also come out on video someday. 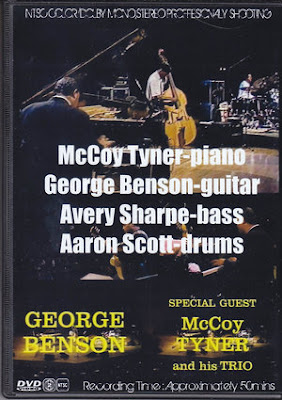 Posted by Arnaldo DeSouteiro at 8:03 AM