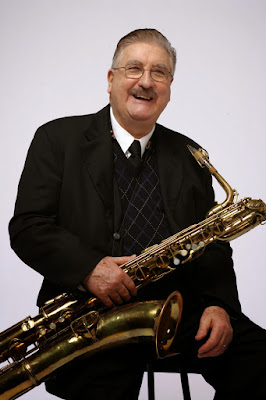 The great Scottish baritone sax player passed away on May 12 in NYC, after a long battle against cancer. He was 86. Besides some marvelous albums as a leader ("Nightingale," Just Friends," "Double Duke," "Sunbeam and Thundercloud," "With Every Breath," "A Portrait," "Cocktails For Two," and "Saxploitation," among them), Temperley developed a brilliant career as a sideman. From swing to fusion, from mainstream jazz to funk.

After several recordings with James Brown (reissued in 2009 on the CD compilation "The Singles, Volume 8: 1972-1973"), he joined Eumir Deodato's band during 1973 and 1974, recording on such albums as "Deodato 2," "In Concert - Live At Felt Forum" and "Whirlwinds." Soon after he joined the Duke Ellington Orchestra, conducted by Mercer Ellington, Duke's son. In 1988, Temperley became a founding member of the Lincoln Center Jazz Orchestra.

But he started to gain prominence in London 40 years earlier, when switched to baritone sax when joining Humphrey Lyttelton's big band in 1958, after many years as tenorist on Tommy Sampson’s band. While in the U.K., Temperley also recorded with Tony Crombie, Victor Feldman and was a member of Kenny Graham's Afro-Cubists.

In 1988, Wynton Marsalis invited several Ellington alumni, including Mr. Temperley, to perform in an all-star big band for an Ellington tribute. That band evolved into the Jazz at Lincoln Center Orchestra.

Temperley played in the Broadway show "Sophisticated Ladies" in the 1980s, and his film soundtrack credits include Cotton Club, Biloxi Blues, Brighton Beach Memoirs, When Harry Met Sally, and Tune In Tomorrow (composed by Wynton Marsalis.) Temperley is a mentor and co-founder of the FIFE Youth Jazz Orchestra program in Scotland, which now enrolls 70 young musicians, ages 7–17, playing in three full-size bands.

“For someone from another country and culture to exhibit the depth of belief that animated his sound was, and still is, truly miraculous,” Marsalis said in a JALC statement announcing Mr. Temperley’s death. “From the coal mines of Scotland, to clubs and concert halls all over the world. Joe’s journey was epochal, and he did it with integrity, style, piss and vinegar. We will miss him deeply and his spirit will forever live on in the sound of our orchestra.” Rest in Peace. 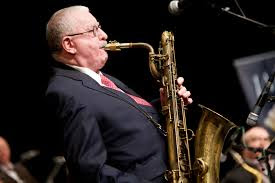 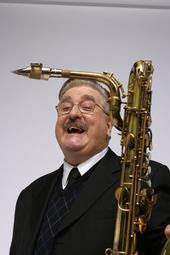