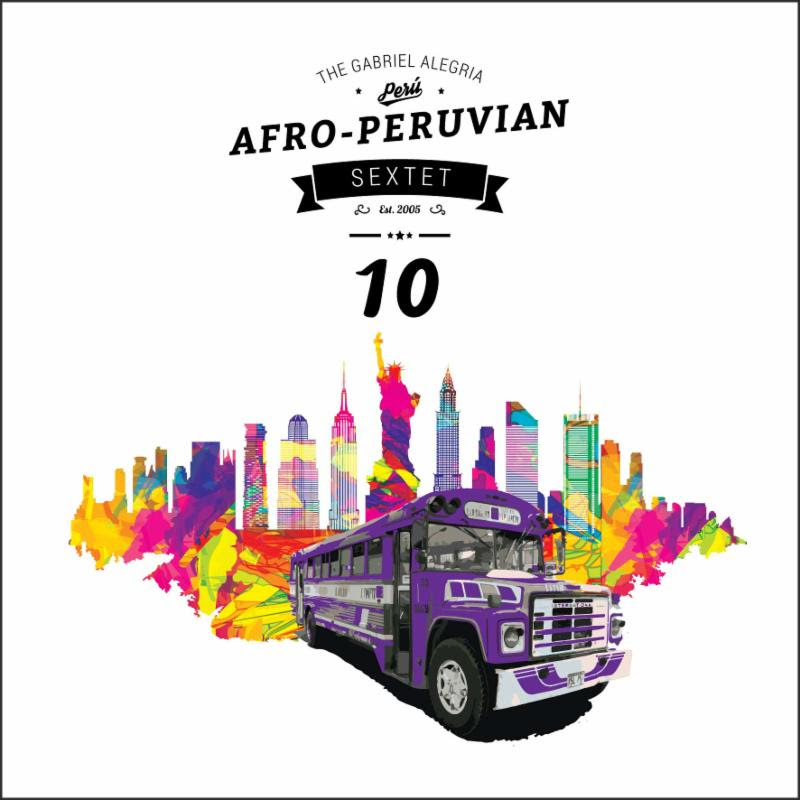 The release last year of 10, on ZOHO Music, marked a decade of musical innovation byGabriel Alegria's Afro-Peruvian Sextet, its program richly infused with Alegría's trademark synthesis of folkloric Afro-Peruvian rhythms, jazz, and other musical strains.
Now Alegría's Saponegro Records is preparing to release an audiophile vinyl edition of 10 on June 24 -- the first such record in the history of Afro-Peruvian music.
"We wanted to create a product that would stand the test of time," says Alegría. "Equal attention, love, and care were placed on both the artistic and technical aspects of the work."
The resolution of the recording process was maintained at 88.2kHz at 24 bits (rather than 96k) for reasons that included simple integer-ratio sample rate conversion in order to avoid the phase shifts and "ringing" of anti-alias filtering at 20kHz. It also meant less data to be moved around as compared to 96kHz.
Julio Ortega, the Peruvian mixing engineer, felt that this sampling rate offered the best option for capturing the heart and soul of Afro-Peruvian music. Specifically, the sound of Afro-Peruvian percussion instruments, which are made entirely from wood (no skins), made it necessary to find a sampling rate and bit depth that would capture their great profundity. The Peruvian cajón, which in the hands of Freddy "Huevito" Lobatón includes a great dynamic range and varied accents, posed a challenge not only of sound, but of the "space" surrounding its sound, including the spontaneous shouts and calls known as guapeo.
"For all of these reasons, it was imperative to maintain the entire project at high resolution," says Ortega. "One of the keys was to capture the 60Hz and 40Hz frequencies of the cajón without having them confused with those of the double bass or kick drum. With the 88.2kHz sampling rate at 24 bits, we made the most use of the physical space that contained the instruments during the recording. Further, in order to avoid problems of distortion with future plug-ins, such as those found in Universal Audio, it was important to keep the internal DAW process at 32 bits. All of this in preparation for the move to vinyl."
The end result is a 33-RPM vinyl that was duplicated under the highest standards by Morphius Records onto 180-gram audiophile quality vinyl. "In order to meet the demands of 'air space' of the music," says Ortega, "we needed to take full advantage of the available bandwidth and so it is possible to hear the 'movement' created by each instrument, as it should be, where the cajón lays the sonic foundation of heartfelt interpretations by masterful artists." 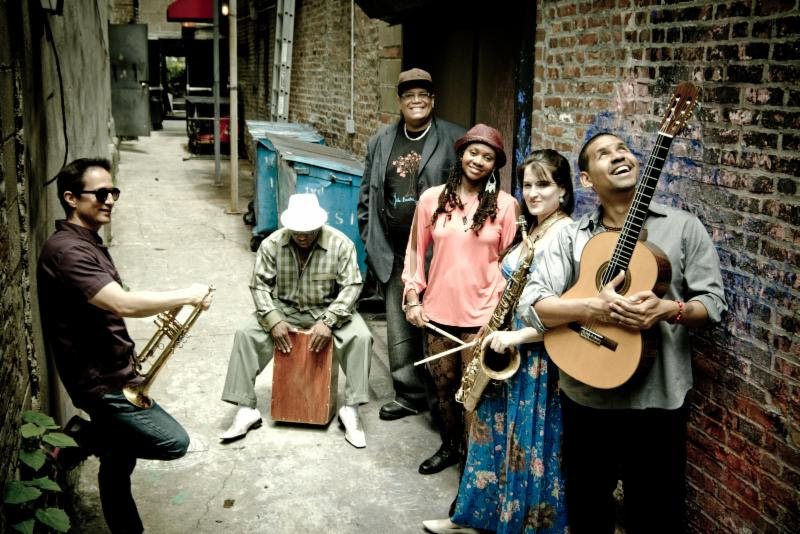 10 is a concept album showcasing carefully chosen American and Peruvian standards arranged in the Afro-Peruvian style. Guest artists including bass legend Ron Carter, Grammy Award-winning pianist Arturo O'Farrill, Yellowjackets keyboardist Russell Ferrante, and tabla expert and Miles Davis alumnus Badal Roy augment the sextet, half of whose players are based in Alegría's native Lima and half in New York City. "We've brought together jazz musicians with eminent Peruvian musicians, and we're the glue that holds it together," says Alegría.
Freddy "Huevito" Lobatón, a founding member of the sextet, is a master of Afro-Peruvian percussion who grounds the band in the folkloric textures of the box-like cajón, the cajita, and the quijada (made from the jaw bone of an ass). Drummer Hugo Alcázar, also a founding member, incorporates the cajón into his drum kit's polyrhythmic feel, while American-born drummerShirazette Tinnin gracefully navigates the predominantly 12/8 beats. Alegría shares the front line with tenor saxophonist Laura Andrea Leguía, a tremendously expressive player who helped found the band. Peruvian criollo guitarist Yuri Juárez provides expertly calibrated rhythmic support and telegraphic solos. In New York, bass duties are shared by two veteran masters, Puerto Rican-born John Benitez and Nigerian-American Essiet Essiet. Born (1970) and raised in Lima, Perú, Gabriel Alegri­a
has divided his time between Perú and the United States throughout his life. After receiving his bachelor's degree at Kenyon College in Ohio, Alegría enrolled at City College of New York and earned an M.A. under the tutelage of Ron Carter. He then returned to Perú for seven years, five of them spent in the trumpet section of the Lima Philharmonic while moonlighting as a jazz and rock musician around the capital city. He relocated to Los Angeles and spent four and a half years at the University of Southern California, where the Afro-Peruvian Sextet first came together in 2005. While at USC (he earned his doctorate in 2007), Alegría studied, worked, toured, and recorded with his mentor Bobby Shew, vocalist Tierney Sutton, trombonist Bill Watrous, and keyboardist/composer Russell Ferrante -- all of whom contributed to the sextet's debut CD, Nuevo Mundo (Saponegro Records, 2008).
The band released three more albums on Saponegro -- Pucusana (2010), El Secreto del Jazz Afroperuano (2012), and Ciudad de Los Reyes (2013) -- in its crusade "to spread Afro-Peruvian jazz music to the world," says the trumpeter.
Gabriel Alegría and his Afro-Peruvian Sextet will be performing album release shows 6/17 at Club Bonafide, New York City, and 6/26 at the Pittsburgh Live Jazz International Festival. The group returns to Club Bonafide 7/16 and 8/20.