Carlos Barbosa-Lima was born in 1944 in Sao Paulo, Brazil. He began studying the guitar at seven years of age. Five years later, Mr. Barbosa Lima made his concert debut in his native city and in Rio de Janeiro. He began recording while still in his teens and continued to appear regularly in concert on Brazilian television. His early studies were with Isaias Savio, who is considered, the father of the modern Brazilian guitar movement, and later with the legendary Andres Segovia.

Since his United States debut in 1967, he has enjoyed a global concert career in which the public and music critics are united in acclaiming him one of the world's leading masters of the guitar.

Mr. Barbosa-Lima is widely recognized for his extraordinary skills as a performer and as an arranger of a wide variety of music from Scarlatti to Bobby Scott, from Gershwin to Antonio Carlos Jobim, from Cole Porter to Luiz Bonfá, from Debussy to Gaudencio Thiago de Mello, and Dave Brubeck and those in between. His inspired performances have catapulted him onto the world stage, and he released a string of wonderful albums on the Concord label during the 80s and 90s. 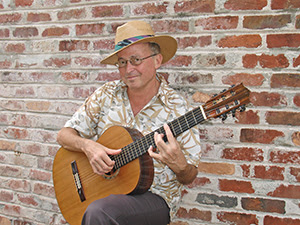 Larry Del Casale has been performing as a soloist and chamber musician since 1983 as demonstrated on his CD, Zenobia. His love for the ensemble format has afforded him the opportunity to work with a variety of distinguished artists over the years. The New York Times and other publications have praised Mr. Del Casale's artistry and musicianship in the ensemble format.

Del Casale is a graduate of The Mannes College of Music where he studied under the eminent Albert Valdes-Blain and later with guitar virtuoso, Michael Newman. He is also a contributing author for Classical Guitar magazine. 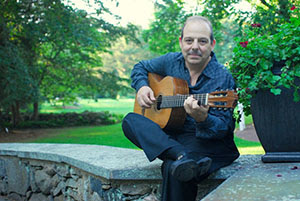