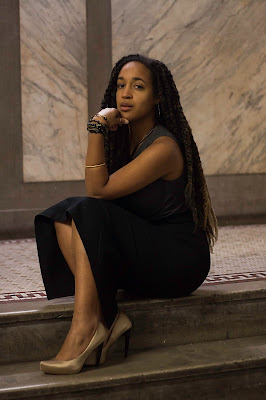 On Monday, May 16, vocalist Jackie Gage will be joining Joomanji for a special night of music @ the Blue Whale (123 Astronaut E S Onizuka St, Ste 301, Los Angeles, California.) Jackie performs at  9:00 pm. Joomanji at 10:30 pm. Tickets are $10 and can be reserved here:
http://www.bluewhalemusic.com/event/2016/5/16/joomanjijackie

Gifted with a velvet voice, rich as smooth wine, Jackie Gage has been called "the Sade of jazz," but she goes far beyond this definition and possesses a personal musical grace that channels torch singers of decades past, mixing elements of jazz, soul, and R&B into her music. Since the release of her debut album "Siren Songs" last month, Gage has garnered press from Afropunk, Singers Room, and All About Jazz, among many others.

Her debut CD showcases a tremendously talented artist, in total command of her vocal powers, displaying great expressiveness and destined to become one of the most important newcomers on the contemporary jazz scene.

Gage, who recently relocated to New York City from San Jose, has firmly made her mark in her home state with annual tours from Sacramento to San Diego. As a 2014 Jazz Search West finalist, she was awarded performances at nationally recognized venues Yoshi's Oakland, the Freightand Salvage in Berkeley and the Sound Room in Oakland. In addition, she has performed at the Fillmore Jazz Festival, San Jose Summer Fest and Berkeley Juneteeth, among others.

Joomanji was formed in 2010 by Jonah Christian, Amir Oosman, and Robert Finucane. Their first release, MANJ, gained attention from Earmilk, BamaLoveSoul, and Pigeons & Planes, and hit #1 on Bandcamp's Neo-Soul & Nu-Jazz Top 500 charts, respectively. The group has also been featured on Bandcamp's Weekly homepage and Reddit's official best of 2013 "ListentoThis". Productions consist of live recordings mixed intermittently with vinyl chops. The resulting music is a fusion of crisp instrumentals with that vintage sound that us hip hop heads all love.
Listen at soundcloud.com/joomanji 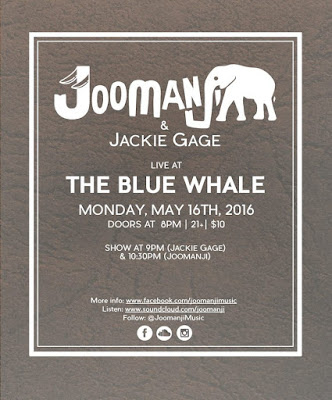