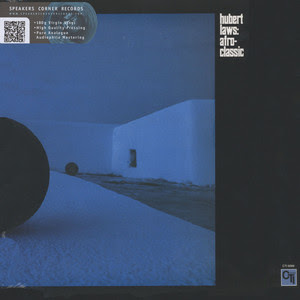 Hubert Laws' second album for CTI, "Afro-Classic" was the follow-up to pop-oriented "Crying Song," and Laws' first collaboration with master arranger Don Sebesky, who created fascinating musical landscapes. It's a groundbreaking record, a mixture of classical themes and jazz, handled with an airy CTI approach – and set to arrangements by Don Sebesky that are simply mindblowing!

The album's a wonderful example of the way that CTI really pushed the boundaries of instrumental expression in the 70s – taking Laws wonderfully breathy work on flute, and mixing it with some well-crafted backings that feature Bob James (Fender Rhodes), Ron Carter (acoustic bass & cello), Freddie Waits (the drummer on Laws' touring band at that time), Airto (percussion), Dave Friedman (vibes, sometimes using the fuzz pedal) and the secret weapon of the session, Gene Bertoncini on the acoustic guitar.

This ensemble is handled by Sebesky, who really brings some magic to the record – a sense of sound, space, and timing that's still a heck of a lot more mature and sophisticated than most instrumental recordings coming out today!

The record's an incredibly baroque set of tracks featuring arrangements by Don Sebesky that mix complicated lines on flute with electric piano from Bob James, into a swirling mass of sound that's warm, soulful, and fuzzy. The record's incredibly hip, even on material like Francis Lai's mellow pop ballad "Theme From Love Story" (written by Francis Lai for the blockbuster movie), then a monster hit on the Billboard charts. "Creed thought it would be an interesting idea to incorporate some of the classical music that had been used in the film," Laws remembers. "So, we also recorded Mozart's Flute Sonata In F and the Allegro from Bach's Concerto No.3 in D."

James Taylor's "Fire & Rain" features an hipnotic groove propelled by Carter's bassline. On the 15-minute long jazz adaptation of Bach's "Passacaglia In C Minor," the album tour-de-force, Laws (on electric flute), Carter (doing an unbelievable electric cello solo) and Bertoncini (great performance on acoustic guitar) soar away into another plane of being!

Regarding the voluminous "Passacaglia," Hubert once told: "The chord changes are pretty much like some fourth changes we would use today in some jazz pieces. The feel, the ambiance of the piece was first created by the opening theme, which almost sounds religious. After that, we took Bach's music in a different direction, rhythmically and harmonically. That album really set a precedent for me, because it blended both elements of classical and jazz, and I began to be identified with that more than anything else."

Jazz flute and CTI were never the same after this album, that would be followed by the even better "Rite Of Spring," recorded in 1971 with the same arranger and almost all the same musicians (Jack DeJohnette replaced Freddie Waits.) Both became genuine classics in the CTI catalog. And, 45 years later, Hubert Laws continues to be acclaimed as "the most accomplished flutist ever to play jazz," like Leonard Feather once wrote when reviewing the "California Concert" by the CTI All-Stars to the British newspaper Melody Maker. Amen. 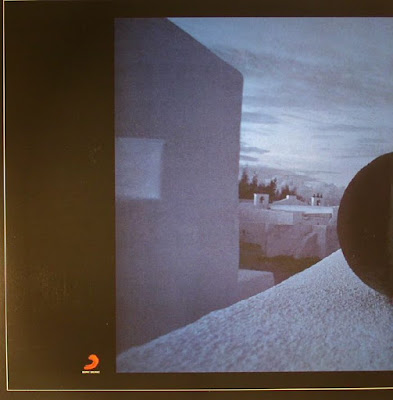 Posted by Arnaldo DeSouteiro at 8:50 PM