Beyond the music, a great emphasis is also put on staging and fashion, supported by two of Tel Aviv’s most renowned stylists. Live shows can be expected to be “highly sweaty and delicious,” high energy and tons of dancing.

Recently hitting the mainstream, Terry Poison has produced three hits that reached number one on Israeli National Radio charts, sharing a stage with acts such as CSS, Justice, Calvin Harris, as well as opening for Depeche Mode.

Performing relentlessly in Europe and Israel since 2005, Terry Poison, following the release of their first full-length album in May, is ready to bring their act to America for the first time and rock out from coast to coast."

LA-based Polish DJ Fembot, known for her sexy house, dirty electro, synthpop and beyond, is in hot demand at many different clubs and events. Her remix of the Ladytrons single “Runaway” hit top spots on Itunes, garnering her critical acclaim and her natural DJ abilities soon had her producing for celebrities such as Onch Movement from Paris Hiltons My New BFF. Dominating the turntables under the moniker affectionately known as "Fembot", As a leader among today’s female DJ’s, Marta has had the opportunity to play Paris Fashion Week, Coachella after parties as well as holding down residencies at some of the swankiest clubs and lounges and playing exclusive parties for Neve Campbell, SYTYCD, and Diesel Clothing. 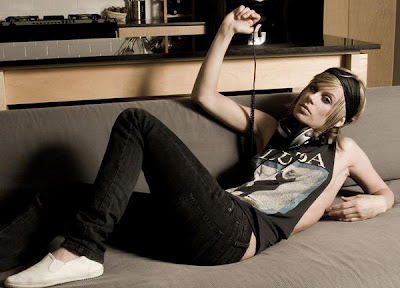 please hurry & make sure you have your tickets!!!! capacity is very limited....