The first time I listened to Omar Clay was on Johnny Hammond's LP "Wild Horses Rock Steady", recorded for Creed Taylor's Kudu label in 1971. Not even in my wildest dreams I could imagine that, three decades later, I would be producing the first CD reissue ever of that album, for which I also wrote the liner notes in 2001, when it was released in Japan as part of the "Kudu Best 12" series. Most recently, I also produced a second CD reissue of "Wild Horses..." in 2007, for the "I Love Kudu - Best 20" series.
http://jazzstation-oblogdearnaldodesouteiros.blogspot.com/2007/04/liner-notes-by-arnaldo-desouteiro-for.html

Drummer-percussionist Omar Clay died December 4th in San Francisco from Lou Gehrig's disease. He was an active player on the New York scene in the 1960s and 1970s, playing & recording with Max Roach's M'Boom group (on which he played marimba, xylophone, tympani and timbales), as well as with Elvin Jones, Randy Weston, Sarah Vaughan, Horace Silver, Charles Mingus, Ernestine Anderson, Marian McPartland, Frank Foster, Gene Ammons and David 'Fathead' Newman. Since 1979 he lived in California where he also was active as a teacher. He was also a member of Warren Smith & The Composer's Workshop Ensemble, recording on their self-titled 1995 album. For a detailed obituary, printed in the San Francisco Chronicle, please see below. 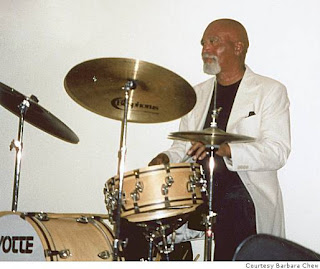 Omar Clay, a respected jazz drummer and teacher who recorded with dozens of prominent musicians - among them Sarah Vaughan, Charles Mingus, Horace Silver and Marian McPartland - died Dec. 4 in San Francisco of complications from Lou Gehrig's disease. He was 73.

A valued player on the New York jazz scene in the 1960s and '70s, Mr. Clay was featured in master drummer Max Roach's all-percussion ensemble M'Boom, playing marimba, tympani, timbales and xylophone. He was equally at home working with singer Ernestine Anderson and hard-blowing saxophonists like David "Fathead" Newman, Frank Foster and Gene Ammons. During the day, he taught at New York's High School of Music and Arts.

"Omar was one of the great drummers," said fellow percussionist Eddie Marshall, who praised Mr. Clay's clean playing and steady ride-cymbal beat. "He was really a traditionalist. He was a total team player. He never showed off. He didn't thrash, but he swung."

Pianist Larry Vuckovich, who played and recorded often with Mr. Clay in recent years, put it this way: "Omar was one of the most serious, dedicated drummer-percussionists, possessing a wide range of knowledge, not only of jazz but of classical music, both of which he taught. His jazz drumming roots came from the Kenny Clarke bebop style, but expressed a feeling beyond the bebop era, including a strong affinity for Latin music and other world music forms. On the bandstand, Omar held to a very high standard, and at the same time was very supportive and tuned into the other musicians."

Born in St. Louis, Mr. Clay grew up in Steubenville, Ohio. He had a keen ear for classical music, listening to the Russians Shoshtakovich and Rachmaninoff. He got a scholarship to study music at Xavier University in New Orleans but left after a semester to join the Army. He played drums in an Army jazz band stationed in Germany, then got a bachelor of music degree at the University of Michigan. He played and taught in New York for nearly 20 years, working in jazz clubs and in the Broadway pits orchestras for "Raisin" and "Guys and Dolls."

Mr. Clay moved to California in 1979, first to the Monterey and then San Francisco, where he performed with various groups and got a master's degree in music education at San Francisco State University. He taught around the Bay Area until becoming music director at Tamalpais High School in Mill Valley, where he also coached the golf team for a spell. He retired in 2000 but continued to perform, tour and golf.

Mr. Clay is survived by his longtime companion, Barbara Chew of San Francisco; his mother, Elnora Jackson of Akron, Ohio; and a daughter, Wanda Davis of Hayward.

A memorial is being planned for January.

This article appeared on page B - 8 of the San Francisco Chronicle.
Posted by Arnaldo DeSouteiro at 9:53 AM

Thanks so much for your kind acknowledgment and posting of Omar's passing. His memory and music continue to live on through his peers and his former students.

You've touched me and have comforted my grief.