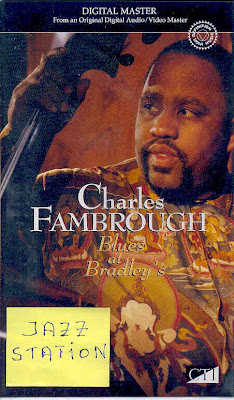 Just got the news that the great bassist & composer Charles Fambrough, famous for his stints with Art Blakey and McCoy Tyner as well as for his brilliant work as a leader, passed away yesterday.
http://jazztruth.blogspot.com/2011/01/upright-citizen-rip-charles-fambrough.html

I'm forwarding a message to my dear friend (and CTI's top expert in the world) Doug Payne, who is a big fan of Fambrough's albums for Creed. So, I'm sure that in a few days you'll be reading a perfect post on Doug's Sound Insights blog. I only want to write a few words in a "personal mood."

The first time I listened to Charles Fambrough was in 1974, when he took part in the band that backed singer Yana Purim in a demo-tape recorded in California. The session included Moacir Santos/Mario Telles' "Nanã" and Antonio Carlos Jobim/Vinicius de Moraes' "Esquecendo Você," among other tunes, and Charles (bass), Wagner Tiso (piano & organ) and Yana's brother-in-law Airto Moreira (drums) were in the rhythm section.

Around that time (mid-70s), Charles was on the road with such groups as the ones led by Airto and Grover Washington, Jr. However, he never appeared as sideman in any of their albums, since legendary producer Creed Taylor, the head of CTI/Kudu Records to which both Airto and Grover were signed to, always avoided to use "touring bands" and often opted for more experienced "session cats" such as Ron Carter, Stanley Clarke and Anthony Jackson.

Ironically, three decades later, Creed signed Charles Fambrough as a solo artist (!) for CTI in 1991. And I did a small contribution to the repertoire chosen for Fambrough's debut CD, "The Proper Angle," by suggesting the inclusion of the opening tune, Milton Nascimento/Cesar Camargo Mariano's "Don Quixote," which I showed to Creed on its original recording from Nascimento's "Miltons" album.

"The Proper Angle," an impressive debut engineered by Rudy Van Gelder, allowed Charles to emerge as a leader in his own right, a rare case of a great bassist who happened to be also a great composer. Wynton Marsalis (in his second session for Creed, after Fuse One's "Silk" album exactly ten years earlier), Kenny Kirkland, Branford Marsalis and Roy Hargrove guested.

Two other notable albums for CTI followed: "The Charmer" (also recorded at Van Gelder Studio under the supervision of Todd Barkan, who was working for Creed at that time, and featuring saxophonists Kenny Garrett & Grover Washington, Jr.) and "Blues at Bradley's," released on CD, VHS and LaserDisc formats, since it was filmed live at the famous (and now-defunct) Manhattan jazz spot on Fabruary 25 & 26, 1993, directed by John W. Taylor, one of Creed's sons.

"My 300-year-old-rebuilt Tyrolian bass sounds better in Bradley's than it does almost anywhere else," Charles said at the time. "The room is so intimate that I need only minimal amplification, and I can hear what my bass really sounds like." He was backed by Joe Ford (soprano sax), Steve Turre (trombone & shells on the bossa-tinged "Andrea"), Donald Harrison (alto sax), Bill O'Connell (unfortunately playing keyboard instead of an acoustic piano, the only mistake of the album), Bobby Broom (guitar), Ricky Sebastian (drums) & Steve Berrios (percussion). I would love to see it reissued on DVD.

After he left CTI, Fambrough cut several other solo albums for independent labels, and all his CTI CDs were reissued in Europe with different covers. A 2-CD set, repackaging "The Charmer" and "The Proper Angle" came out in Germany in 2004, released by the Membran label in the Modern Jazz Archives series. 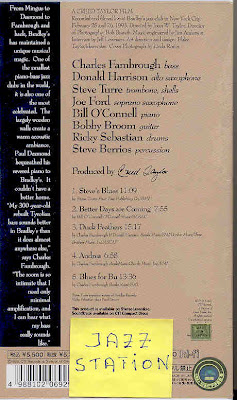 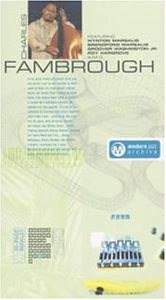 Posted by Arnaldo DeSouteiro at 8:27 AM