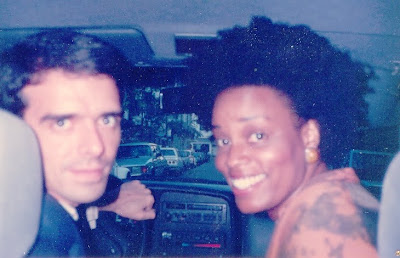 The jazz singer Dianne Reeves is a powerhouse -- a caretaker of a rich, hearty delivery which goes anywhere she sets her imagination to visit. That can be anywhere between tender balladry and authoritative declamations, though we'd expect her New Year's Eve gig to lean toward the latter. In front of a crack staff of modern jazz musicians, including musical director Peter Martin on piano and Romero Lubambo on guitar, she counted down to midnight in Mountain Time and on the West Coast from Yoshi's in San Francisco.