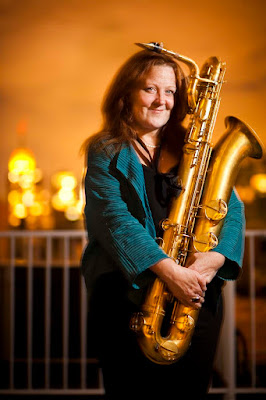 Join us when we welcome the Claire Daly Quintet playing Motown revisited music from their VERY soon to be released new CD "2648 West Grand Boulevard - Jazz Interpretations of Classic Motown 45s" on Tuesday, September 20.  The Quintet features Claire Daly on baritone sax, Jerome Harris on guitar, Peter Grant on drums, Marcus McLauren on bass, and Steve Hudson on piano.  There will be two shows at 8:00 and 9:30 p.m.  For advanced sales and information call 212-222-5159.  Admission is $15, $10 for Students.

"2648 West Grand Blvd" was the Detroit address of Motown, and the repertoire includes "Loving You Is Sweeter Than Ever," "I Second That Emotion," "The One Who Really Loves You," "I Want You Back," "Cloud Nine (4:05)," "I'll Be There," "The Hunter Gets Captured By The Game," "What Becomes Of The Broken Hearted," and "Ain't That Peculiar," among other hits. 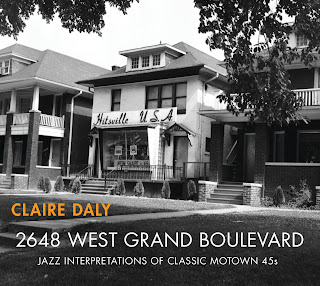 Tickets will be sold at the door,or call 212-222-5159 for reservations and information.

For more about acts at "Jazz Tuesdays", check out their website at www.jazzbeat.com