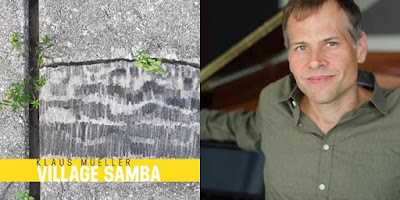 A dynamic jazz pianist of diverse influences and abilities, Klaus Mueller was born in Germany and raised in Japan, Chile and Brazil. He has been an integral part of the New Yorker Brazilian music scene having performed and recorded with artists such as Portinho Trio, Leny Andrade, Marcos Valle, Toninho Horta, Filo Machado, to name a few.

Mueller is not only regarded as a keyboardist, but also as an arranger, most notably for jazz piano legend Herbie Hancock, creating orchestral versions of songs from Hancock's critically acclaimed “Gershwin’s World” album in collaboration with Robert Sadin in 2003. On his 2012 album release “Far-Faraway he performs with legendary jazz bassist Ron Carter and the iconic Brazilian drummer Portinho.

"Village Samba, Mueller’s love letter to Brazil, is the culmination of a musical journey that took root more than 20 years ago and stands as his crowning achievement to date. " - Bill Milkowski