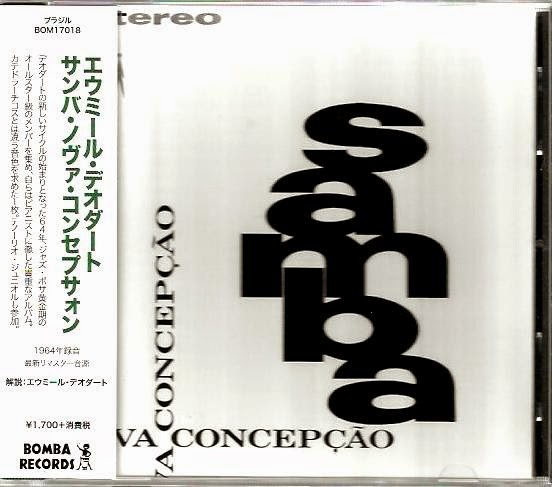 Bomba Records is also reissuing the all-star session "Samba Nova Concepção," arranged by the late (and phenomenal) Brazilian guitarist Neco (Daudeth de Azevedo), with whom I had the honor to work for the first time in 1998, when I was producing the all-star project "Street Angels" for the London-based label Mr. Bongo.

At that time, I had the chance to give to him some copies of the first CD reissues that were coming out in Europe of "Samba Nova Concepção" and some other Deodato's sessions on which he played ("Impulso!" and "Tremendão") before being replaced by Geraldo Vespar for the third Catedraticos' album ("Ataque.") Besides a great artist, Neco was a very kind and humble person, a true gentleman, and was very pleased to sign all the CDs to me.

Eumir Deodato plays acoustic piano (there's no organ at all) in 10 tracks of "Samba Nova Concepção," being replaced in 2 tunes by the late Tenório Jr. The CD reissue was co-produced by Deodato and Arnaldo DeSouteiro in Los Angeles. 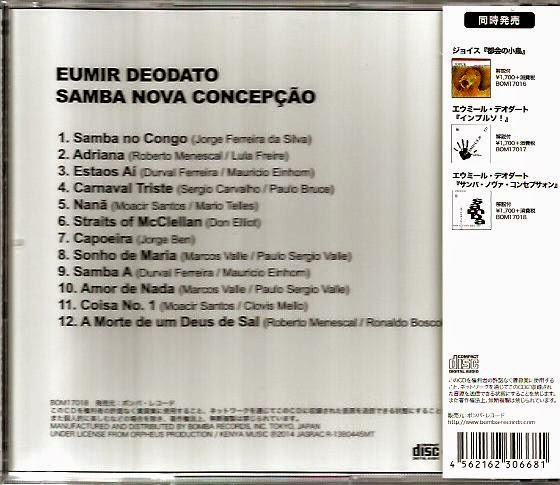