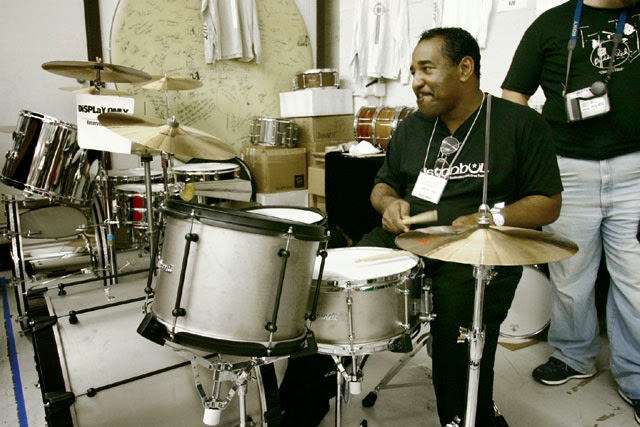 I first listened to drummer Ralph Penland on Freddie Hubbard's "Keep Your Soul Together" album, recorded for CTI in 1973. It was the last of Hubbard's "official" studio LPs for Creed Taylor during their association in the early 70s (another album, "Polar AC," consisting of out-takes from previous sessions, was released after Freddie had already left CTI to sign with Columbia) and, ironically, the first that the trumpeter was allowed to record with his touring band, then consisting of George Cables, Kent Brinkley, Ralph Penland, Aurell Ray and Junior Cook.
Penland and Hubbard kept a prolific collaboration during three decades, as documented on such albums as "High Energy" (recorded in 1974, reissued on CD in 2009) as well on the DVD "Live at the Warsaw Jamboree Jazz Festival," filmed in Poland (back in 1991) and released in 2004.
I also saw Penland as a member of Hubert Laws' group, and during the filming of Bruce Weber's haunting film about Chet Baker, "Let's Get Lost," when I met Lisa Marie, btw. Penland's work with singers like Dianne Reeves, Nancy Wilson, Carmen Lundy, Etta James and k.d. lang is also noteworthy. Rest in Peace!
http://www.pasadenanow.com/main/jazz-great-pcc-educator-ralph-penland-reported-dead-at-61


Prolific jazz drummer and Pasadena City College faculty member Ralph Penland died in Los Angeles on March 14 at age 61, according to media and social media reports.
The cause of his death has not been reported.

Penland was a faculty member in the Jazz Department at Pasadena City College and previously taught at the New England Conservatory, where he had studied originally.

Between 1973 and 2013, Penland performed in 100 recording sessions and most recently, led his own band, The Penland Polygon.

A native of Cincinnati, Ohio, Penland purchased his first drum set at the age of 15 and just two years later was performing with renowned Jazz-Pop guitarist Wilbert Longmire and was a featured percussionist with The Cincinnati Symphony. Not long after, he moved to Boston where, still in his early twenties, he began teaching at The New England Conservatory of Music.

It was during this time, while commuting to New York, that Penland met and joined up with Freddie Hubbard, and the pair recorded five albums, two of which, “Keep Your Soul Together” and “High Energy” are considered ground-breaking works of jazz.

Upon news of his death, social media exploded with comments of both sadness and respect.
“Traveling mercies to our beautiful friend, drummer Ralph Penland who returned home to the great Creator,” fan Mary Bogue posted on Penland’s Facebook page. “You kept perfect time, such a gift to every singer; such a sweet, sweet gift. Peace be with you, our dear friend Ralph.”

Penlands’ film work and musical movie soundtracks include “Throw Momma From The Train”, “When Harry Met Sally”, “Cool World”, “The Russia House”, “Midnight In The Garden Of Good & Evil” and the HBO series “Politically Incorrect.”
***********
Here's the link for a very fine tribute to him:
http://dothemath.typepad.com/dtm/2014/03/rip-ralph-penland.html 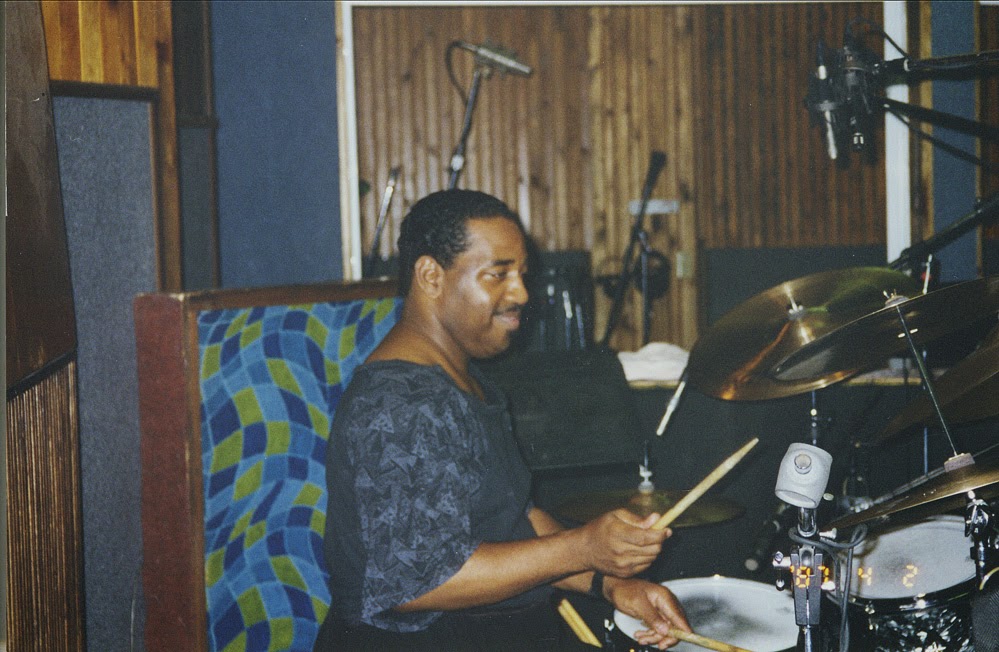 Posted by Arnaldo DeSouteiro at 1:13 AM