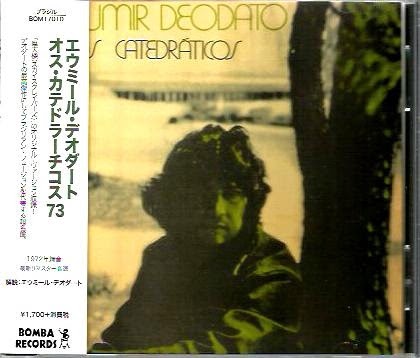 Another groundbreaking album by Deodato, "Os Catedráticos 73," the last one he did using the band name Os Catedráticos, was also recently reissued in Japan by Bomba Records. Actually, it was recorded for the Rio-based Equipe label in 1972, but released in Brazil and Japan only in 1973 after Deodato's version of "Also Sprach Zarathustra" (2001) exploded in the airwaves and became a mega-hit all over the world.

This CD reissue, produced by Eumir Deodato & Arnaldo DeSouteiro, was remastered in LA from the original master tapes. Sergio Barroso is featured playing that stunning electric bass line of the opening track, the original version of "Skyscrapers," a tune that Deodato would record once again in NY for inclusion on the "Deodato 2" album for CTI. The closing theme is the first recording ever of "Carly & Carole," re-recorded a few months later for the million-selling and Grammy award winner "Prelude." 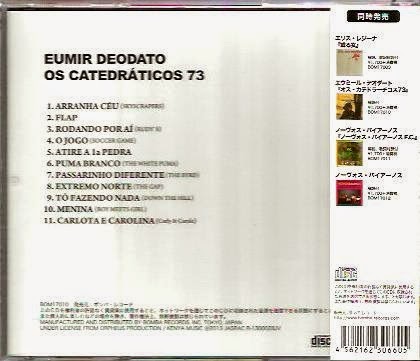