Vinyl LP Reissue of the Month - "Annette Peacock: I'm The One" 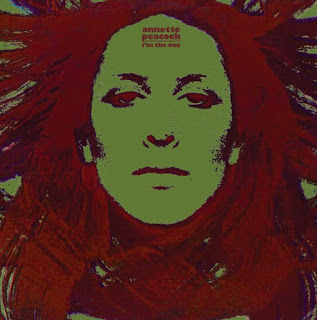 One of the most intriguing albums I've heard in all my life. After the fantastic CD reissue in 2011 (thanks to Annette herself, who licensed the album from Sony/BMG and decided to reissue it on her own Ironic label, in a 500 signed & numbered limited edition with 6 panel jacket, 12 page booklet containing lyrics & 9 colour photos), now comes this LP released through Future Days Records, a subsidiary label of Light in The Attic. The LP is limited to 1,000 hand-numbered copies and sports a deluxe Stoughton “Tip-On” jacket with a unique spot UV gloss and includes the same booklet as the CD plus a folded 18″ x 24″ poster of a never-before-seen photo of Annette. Indeed, she’s the one!

An historic reissue, that because it wasn't part of the synthesizer, electro-acoustic, country-rock, prog-rock, jazz-rock fusion, "ECM style," world music, jam bands movements, but predated them, remains timeless, and uniquely perverse. Included in Wire Magazine's list of the top 100 albums that shook the world!Containing songs that influenced or were covered by: David Bowie, Mick Ronson, Chrissie Hynde, Pat Metheny, Prince, Al Kooper, Morcheeba etc. And impossible to be categorized.

“I’m the one, you don’t have to look any further / I’m the one. I’m here, right here for you,” oozes jazz, rock, and electronic music pioneer Annette Peacock on the leadoff title track of her solo debut LP. The album’s wide range of vocal emotions and diverse sonic palette (featuring Robert Moog’s early modular synthesizers, which the singer actually transmitted her voice through to wild effect) places it firmly at the forefront of the pop avant-garde.

Originally released by RCA Victor in 1972, "I’m The One" found itself amongst good company. Both Lou Reed and David Bowie had recently signed to the label—Bowie in particular was enamored with Annette—and artists ranging from ex-husband and jazz great Paul Bley, along with notable Brazilian percussionists Airto Moreira and Dom Um Romao, guested on the album itself. Writing and arranging I’m The One’s nine passionate tracks—bar a unique cover of Elvis Presley’s “Love Me Tender”— the disc grooves easily from free jazz freak-outs and rough and rugged blues-funk to gently pulsing synthesized bliss.

The second release on Future Days Recordings imprint, "I’m The One" is also available once again on CD, re-mastered from the original tapes with a booklet containing beautiful unseen photos from the vaults of Sony Music (now owner of the RCA catalog after Sony purchased BMG) and extensive liner notes from NYC-based writer and musician Mikey ‘IQ’ Jones. The difference between this and Peacock's own CD reissue is that Peacock's version on Ironic Records comes in a signed hard cover, and the Future Days/Light In The Attic CD (which Ironic Records says has not been sanctioned by Peacock) comes in a digipack, bundled with archive photos, liner notes and a poster.

An extension of Annette’s late 1960s work with her Bley-Peacock Synthesizer Show combo, "I’m The One" is filled with strength and power, as well as a tender, sensual, and seductive side, born of a life surrounded with music and culture. Composing by age four, Peacock’s mother was a professional violinist. By the early 1960s, Annette had also collaborated with first husband, jazz bassist Gary Peacock and toured with legendary saxophone player Albert Ayler.

Still to this day, Annette remains a passionate advocate, an enigma caught between the peace and love vibrations of a hippy counterculture and the more worldly intelligence of the modern age. Her records continue to influence and inspire, and with "I’m The One" finally back on the shelves with widespread distribution, countless new jacks on the scene can scope its liner notes and bear witness to its brilliance. 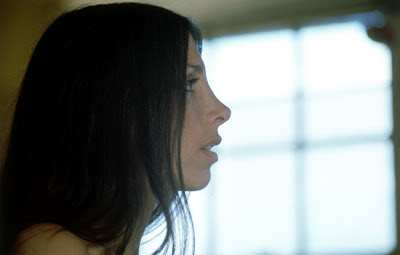 A self-taught composer, vocalist, and pianist, Peacock unfairly remains an oft-unsung figure, flirting with the jazz, rock, and experimental music countercultures of the late 1960s and 70s, but never truly embracing any of them wholeheartedly; as any true collusionist, she often spliced and adapted key strands of each of their DNA sequences in order to create a raw hybrid that fused the chaos of free jazz with the control of a funk groove, while allowing a bit of rock swagger to splash across the top, tapping into the primal emotive powers of all of them simultaneously. Over the years, her career has seen collaborations with the likes of noted jazz musicians like saxophonist Albert Ayler, bassist Gary Peacock (her first husband), pianist Paul Bley (her second), and percussionists Airto Moriera, Dom Um Romão and Han Bennink, among others. She’s whispered sensually and wailed ferociously to backing by rock stalwarts like guitarists Mick Ronson, Brian Godding, and Chris Spedding as well as Yes/King Crimson drummer Bill Bruford, using a combination of sung and spoken deliveries that predated popular rap styles by more than ten years.
Posted by Arnaldo DeSouteiro at 9:15 PM