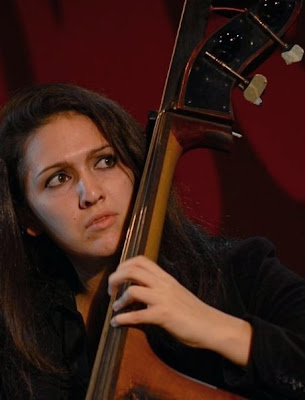 Long Beach-based Katie Thiroux, born February 3, 1988, and raised in Los Angeles, California, is a bassist and vocalist of outstanding talent and determination. In early 2009, Thiroux joined Terri Lyne Carrington at the Munster Jazz Festival. Shortly after the performance in Germany, they formed a trio with my late dear friend Dr. Billy Taylor for a special performance in Boston, Massachusetts.