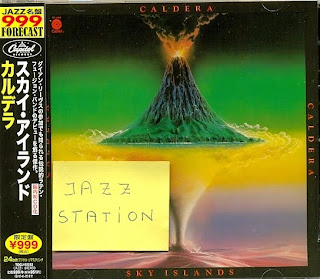 One of the rarest items on the Jazz 9999 Forecast series, Caldera's "Sky Islands" is arguably the masterpiece recorded by the cult LA-based group led by the Argentinian keyboardist-arranger-composer Eduardo del Barrio (aka Eddie Del Barrio), better known for the songs he wrote for Earth Wind & Fire, including their mega-hit "Fantasy."