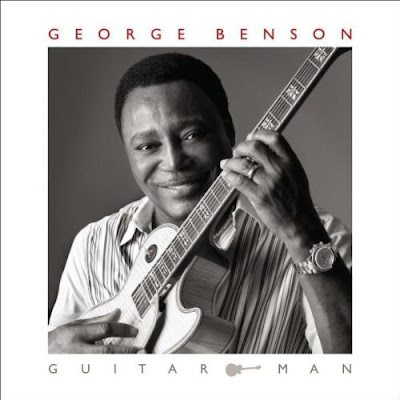 Few living jazz musicians have enjoyed the broad acclaim of George Benson, and fewer still are likely to in the future. The implosion of the record industry and the marginalization of jazz in our popular culture -- notwithstanding the recent crossover success of bassist-vocalist Esperanza Spalding and pianist-bandleader Robert Glasper -- have made Benson's career quite the anomaly.

So as he sees his 70th birthday not far in the offing -- he reaches that milestone next March -- Benson can look back with some satisfaction at having emerged at the right time, and with the right gifts.

"I can't complain, because I came along just before that happened," says Benson, referring to the ravages of the record business in the digital age.

"I sold millions of records and I saved my pennies and we did well. I think they eventually will figure out how to turn it into a money machine again," adds Benson, who plays the Chicago Theatre on Friday night on a bill with Boney James.

"They made some terrible mistakes. They didn't jump on (the Internet) fast enough, and now people get records for free and people are losing fortunes every day.

"But like everything else, it will find its place. Nothing we can do about that."

Except for one thing: keep recording and performing, which is what Benson has been doing quite artfully, most recently with the album "Guitar Man" (Concord Jazz). In emphasizing Benson's fluidity as instrumentalist, while also featuring him on select vocal tracks, "Guitar Man" gently evokes the earlier, pre-pop-star chapters of Benson's career. Moreover, its emphasis on classic repertoire reminds listeners that Benson remains a jazz musician at heart.

That Benson opens the recording with "Tenderly" (also the title track to his 1989 collection of standards) and moves on to "My One and Only Love," "It's Only a Paper Moon" and John Coltrane's "Naima" underscores his interest in core repertoire. His idiosyncratic version of "I Want to Hold Your Hand" and a solo account of "Danny Boy" similarly point to an artist looking warmly upon a distant past.

"I definitely felt connected to the older roots" in making "Guitar Man" and touring with that music, says Benson.

"Especially when I did 'Paper Moon.' I was going to do it as a vocal. Forget it, man. You're not going to top Nat 'King' Cole's version.

"And... it still feels old-fashioned. All that stuff from that era has a quality on it that does not exist today. There are some great artists (today), don't get me wrong. But not the percentage of years ago."

Certainly the golden era of Nat "King" Cole -- whom Benson considers his "favorite artist" -- has long since passed. Yet perhaps no one working today captures Cole's unique synthesis of instrumental virtuosity and disarming vocals as eloquently as Benson. To him, the aesthetic values he shares with Cole run deep.

"Because I started off as a singer first, I heard Nat 'King' Cole as a young man," remembers Benson, who began singing in clubs as a boy and recording before he was a teenager.

"He had everything: sophistication, great tonality, diction that I hadn't heard from a lot of other (contemporary) singers, except maybe Billy Eckstine," adds Benson, though the list surely includes Johnny Hartman, Cab Calloway, Joe Williams and others.

"When Nat started playing piano, that brought it all together. You can hear the musicianship. That made everything he did sound fresh."

As for Benson, he acknowledges what "Guitar Man" clearly illustrates: that his jazz work has sweetened over the years (and we needn't digress into his most egregiously commercial outings of the early and mid-1980s). Benson believes that he has become a stronger vocalist-guitarist, even if he probably has lost a couple of notes at the uppermost reaches of his voice.

"I still can perform just about every song in the same key as before," says Benson.

"My sound has developed. It's a little more mellow than it was before, but more than that, it seems to go (well) with my ideas now.... It doesn't seem to make a difference what (style) I play. It all comes from different genres: jazz, pop, R&B. But it seems like it's the same guy telling the story."

Still, after all these decades, the guitar indisputably stands at the heart of everything Benson does, and he still tries to gain control of it every day of his life, an ultimately futile task, he says.

"The guitar is the most challenging instrument," observes Benson. "I imagine all the instruments are challenging. But just when you think you've mastered (the guitar), here's somebody who plays something that never occurred to you.

"That's what keeps the guitar alive in my life. It's the foremost instrument in my life."

And jazz is the better for it.
Posted by Arnaldo DeSouteiro at 8:42 AM