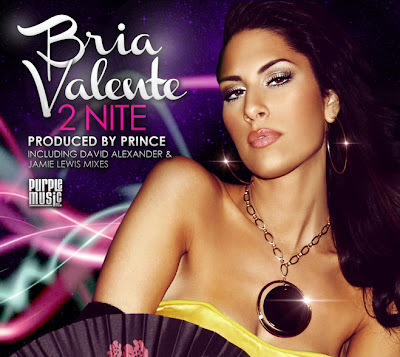 BRIA VALENTE (born Brenda Fuentes) is an American singer based in Minneapolis. She released her debut album, ELIXER as part of a three-album set with Prince's LOtUSFLOW3R and MPLSoUND in 2009, which debuted at #2 on the top Billboard albums chart. She first met Prince at the age of 17 at Paisley Park Studios while working with keyboardist Morris Hayes and later began her association with Prince, contributing vocals to his 2007 album "Planet Earth."
In 2009 she recorded the Elixer album, singing lead vocals with Prince on guitar and Morris Hayes providing beats.