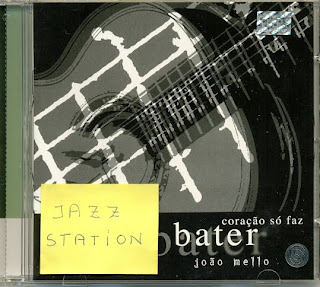 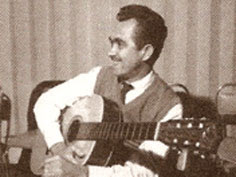 Only today I became aware of the passing of the producer, singer and composer João Mello. He was 88 and had retired from the musical activities in Rio de Janeiro (where he worked as a producer and A&R for such labels as Polydor, Philips and Som Livre) in 1981.

His most famous composition is "Sambou... Sambou," for which he wrote the lyrics for João Donato's melody. Originally recorded as an instrumental tune on Donato's "Muito À Vontade" album for Polydor in 1963, it was later recorded by several singers - most recently, by Zeca Pagodinho and Marcos Ozzellin.

Another song from that same Donato album is "Tim Dom Dom," co-written by João Mello with the great (and underrated) late guitarist Codó. "Tim Dom Dom" also appeared on Jorge Ben's debut solo LP for Philips, "Samba Esquema Novo" (as the only track not composed by Ben himself) as well as on Sergio Mendes' "Herb Alpert Presents Sergio Mendes & Brasil '66" (A&M) - yeah, that same best-selling album that included "Mas Que Nada". His songs were also covered by singers like Doris Monteiro and Lúcio Alves. He also produced and conceived Stellinha Egg's cult gem "Samba Rancho" (Polydor), arranged by Gaya in 1965.

As a singer, he recorded three albums as a leader: "Apresentando João Mello em Ritmos do Brasil" (Sinter, 1959), a cult bossa nova session for Philips in 1963 titled "A Bossa do Balanço" -- backed by nothing less than the Tamba Trio (Luiz Eça, Bebeto Castilho, Helcio Milito) with arrangements scored by Eça --, and a surprising CD released by the Som Livre label, "Coração Só Faz Bater," recorded in 2000 when he was already back on his native Aracaju, and decided to revisit some of his songs with Donato, Codó, Dito, Ismar Barreto and Freire Ribeiro. Mello also cut 78rpm singles, appeared in many compilations, took part in "festivais da canção" (songs' contests) and supervised soundtracks of "novelas" (soap operas) for Brazilian TV.
For more details (in Portuguese) about his career:
http://linux.alfamaweb.com.br/aperipe/v3/noticia.ler.php?c=244&s=817&ct=26501&o=1