Jazz pianist Lisa Hilton will be performing at Yoshi's in San Francisco tonight, and Vibrato in Los Angeles on Tuesday. 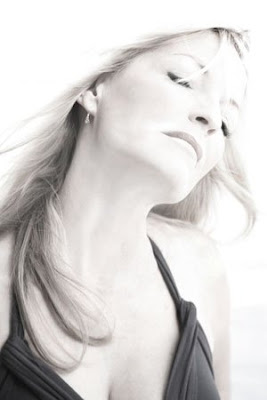 Passionate pianist, composer and producer, Lisa Hilton grew up in Southern California in a very musical family. Her father was a college professor and her mother did tax preparation and bookkeeping, but it was her great uncle who was a well regarded Dutch pianist. As a young girl, she taught herself to play the piano with a colored keyboard guide and soon began composing her first simple songs. She began the study of classical and modern piano literature at eight years old, and as a teen she began playing standards and writing blues riffs.

Now, Lisa Hilton's beautiful melodies, catchy beats and expressive piano style have captured the attention of music lovers everywhere. Her timeless instrumental music appeals to listeners of all ages, is currently being played on radio around the world and continues to earn awards, honors, and outstanding reviews. As a bandleader she has played with the some of the most well respected names in jazz: Christian McBride, Lewis Nash, Larry Grenadier, Bobby Militello, Reggie McBride, Steve Wilson, Jeremy Pelt, and Tal Bergman, to name a few. As a producer she has again worked with the top engineers such as eighteen time Grammy Award winner, Al Schmitt, as well as Larry Mah, known for his work on "The Matrix" and other films, Doug Sax, Steve Genewick, and Steve Sykes.

Due to challenges in her own music education, Hilton is now very committed to music programs for children and teens, especially for those that are blind or visually impaired, such as programs at Perkins School for the Blind in Waterton, Massachusetts near Boston, The Junior Blind of America's Camp Bloomfield, and Chicago Lighthouse for the Blind.

Posted by Arnaldo DeSouteiro at 7:20 AM