Lou Caputo's Not So Big Band live in NY! 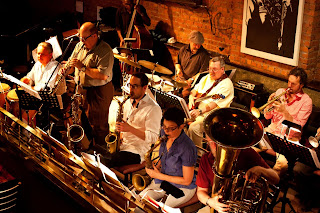 Join us for another spectacular evening of swinging jazz you’ll never forget this coming Tuesday evening, March 5 at the John Birks Gillespie Auditorium in the New York City Baha'i Center at 53 East 11th Street (between University Place & Broadway), when saxophonist Lou Caputo brings his swingin’ Not So Big Band to the stage.  There are 2 shows:  8:00 and 9:30 p.m. The ensemble was voted Best Big Band/Jazz Orchestra last December in the 40th Annual Jazz Station Awards, conducted by Brazilian historian Arnaldo DeSouteiro. 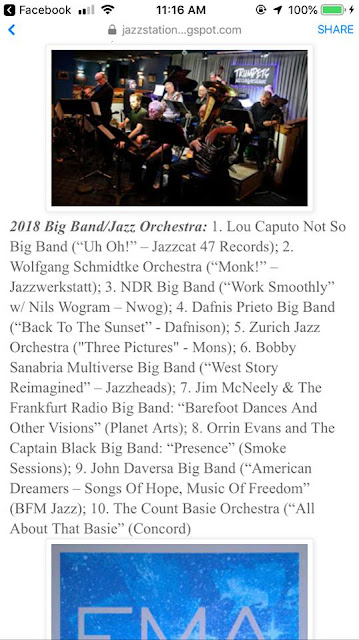 Lou Caputo, a native of Williamsburg, Brooklyn, has been a professional musician for over thirty years. He has done almost every kind of job that a musician can be asked to do. A multi-instrumentalist (saxophones, clarinets and flutes) he has performed in show bands with the likes of Lou Rawls, Frankie Valli, Shirley Basey, Jack Jones, Bobby Short, Frankie Avalon, and a host of others. As well as the many of the famous Motown acts like the Temptations and the Four Tops. Aside from this he has performed along side of Salsa legends like Candido, Bobby Sanabria and Lou Perez.

However, playing jazz is really closest to Lou’s heart.  He has had the opportunity to perform with people like trumpeter Richard Williams, pianists Duke Jordon and Jaki Byard, drummers Walter Perkins and Mousey Alexander (in his short-lived big band), vocalist Joe “BeBop” Carroll and Dakota Staton, bassist Chris White (including a Carnegie Hall appearance).  He has spent time in the Glen Miller band under the direction of Clem DeRosa as well as the Harry James Big Band.  He has had the good fortune to record with jazz legend Dr. Billy Taylor on guitarist Ray Rivera’s album Night Wind

Lou has had the pleasure of performing in the Richie Cole Octet.  Another high point is playing Birdland with the Ellington Band under the direction of Paul Ellington and Jack Jeffers.  Through the years Lou has appeared in many of the area’s leading jazz clubs as both a leader and side man.  He also played for former President Bill Clinton on the occasion of Clinton’s 50th birthday.

Admission is 15.00, 10.00 for students.
Tickets will be sold at the door, or call 212-222-5159 for reservations and information.
For more about the NYSAJE and other acts at "Jazz Tuesdays", check out www.jazzbeat.com 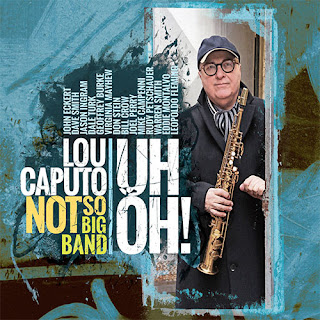