Single of the Month - "Idris Muhammad: Could Heaven Ever Be Like This" 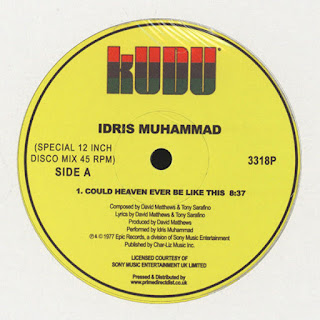 This is NOT a bootleg, it's an official Kudu release licensed by Sony Music Entertainment UK Limited to be pressed & distributed in UK by www.primedirect.co.uk as a "Record Store Day 2017" very special release.

And this is NOT a jazz session, but a first-class disco-funk effort. These 3 tracks originally appeared on Idris Muhammad's most commercially successful album ever, "Turn This Mutha Out." Produced, written & arranged by the criminally underrated maestro David Matthews for Creed Taylor's Kudu label, a subsidiary of CTI Records, the album features an all-star cast: Michael Brecker, Hiram Bullock, Clifford Carter, Will Lee, Jeremy Steig, Brazilian percussion master Rubens Bassini, Sue Evans, and many more. 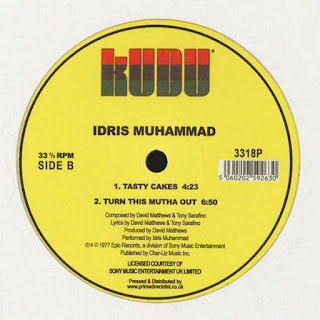