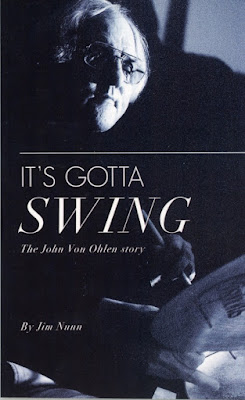 We’re happy to be aware of a book about the life of John Von Ohlen!

"IT’S GOTTA SWING - The John Von Ohlen Story" – Von Ohlen and & the author
(Jim Nunn) spent two years together; John talked, Nunn listened… & wrote.  This book starts when  as just a kid Von Ohlen is mesmerized up close by the swinging sounds of Mel Lewis on drums and the Stan Kenton Orchestra.

The book covers his professional gigs including playing with Woody Hermann's Thundering Herd, Kenton & the Baron, twenty years with Rosemary Clooney, and Blue Wisp Big Band.  The biography steps outside John’s musical career, including his lifelong relationship with Hinduism, and how it has affected every part of his life.

The author is a part time drummer with thirty years-experience in publishing.  The author (Nunn) and Von Ohlen were also neighbors in Covington, Kentucky.  Working with Von Ohlen became such a personal experience that he published the book on his own. 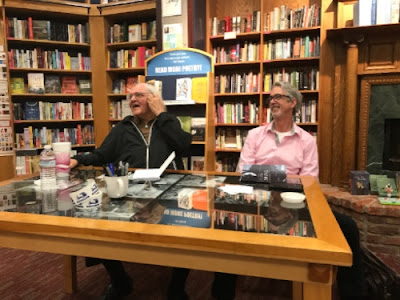 Posted by Arnaldo DeSouteiro at 11:13 PM