An excellent batch of CD reissues just came out in Asia, by Warner Music Japan, a few days ago. Among the rare items released on September 25 is Miroslav Vitous' fusion-funk-disco trip "Magical Shepherd" (1976), produced by David Rubinson and featuring Herbie Hancock, Jack DeJohnette, James Gadson and Airto Moreira plus vocalists Cheryl Grainger and Onike Lee. It had been previously released on CD in the USA ten years ago, by the independent label Wounded Bird, but remained in-print for only six months and immediately became a much sought-after title. 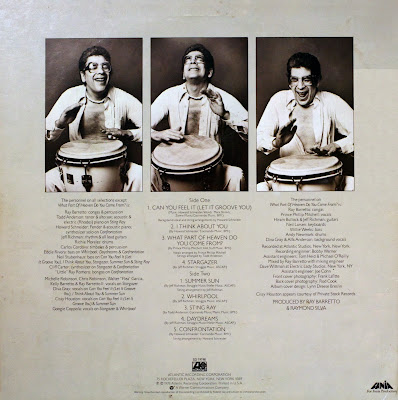 Many thx to Misao-san and all the staff at Warner Music Japan's publicity department.
Posted by Arnaldo DeSouteiro at 12:43 PM