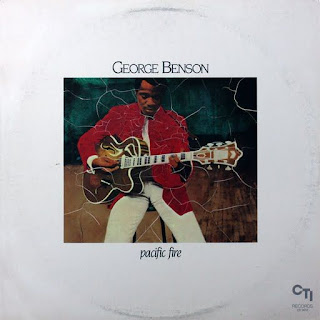 George Benson's last album issued by CTI Records, "Pacific Fire" includes my personal favorite recording ever of "Moody's Mood," although the version recorded by Benson in a duet with Patti Austin for GB's Warner album "Give Me The Night" is nice too.
But his original take on "Moody's Mood," actually recorded for producer Creed Taylor during the "Good King Bad" sessions in 1975 but only released in the 1983 LP "Pacific Fire," sounds far superior, with both Benson (doing that unmistakable vocal/guitar unison) and the late pianist Roland Hanna soloing beautifully.
Although "Pacific Fire" has not seen the light of the day on CD format yet, "Moody's Mood" was included in some compilations, such as "Best of George Benson in the CTI/Kudu Years," released in Japan on DVD-A format with pristine sound a decade ago. 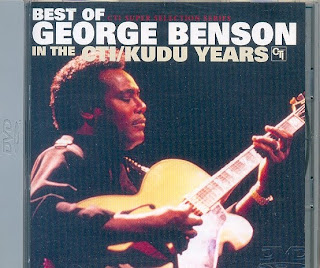 Posted by Arnaldo DeSouteiro at 6:08 AM