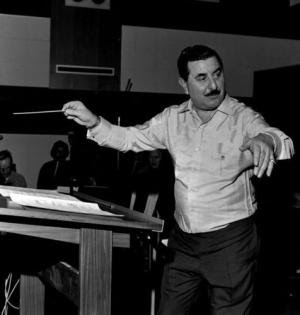 Victor Lewis, the English guitar player, bandleader and agent, died February 9th in London at the age of 89. The London-born Lewis started playing the banjo at age three and with 16 formed the Vic Lewis Swing String Quartet which played over the radio. In 1938 he traveled to New York where Leonard Feather arranged for him to play with the Joe Marsala band. Back in England he led a band with the drummer Jack Parnell in the 1940s and in 1946 formed his first big band which played in the "progressive" style of Stan Kenton. From 1959 Lewis worked as a booking agent bringing Nat King Cole to Britain and the Beatles to America. In the 1980s he put another big band together recording with visiting West Coast jazzmen Shorty Rogers and Bud Shank.
Obituary:
http://www.independent.co.uk/news/obituaries/victor-lewis-bandleader-guitarist-and-agent-1631299.html
Posted by Arnaldo DeSouteiro at 9:53 AM