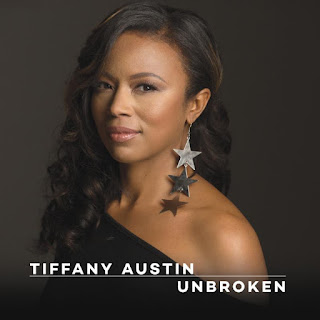 The best jazz vocalist that I've heard in the last ten years. Period.
And finally a record with a producer! One extra star for this.
Influenced by Dianne Reeves, Dee Dee Bridgewater and Rachelle Ferrell, Tiffany takes vocal jazz to a new dimension.
She adds lyrics to Charles Mingus' "Better Git It In Your Soul" and Ornette Coleman's "The Blessing," performs a powerful version of John Coltrane's "Resolution" with impressive wordless vocals, exhibits a wonderful phrasing on Dizzy Gillespie's "Con Alma" (lyrics by Sonny Henry), and offers a haunting rendition of Michel Legrand's gorgeous ballad "You Must Believe In Spring."
So far the best vocal jazz release of the year.

With the release of "Unbroken," on her Con Alma Music imprint, Tiffany Austin further solidifies her standing as one of the leading vocalists on the current international jazz scene.

Austin was propelled onto the national stage in 2016 when her debut recording, "Nothing But Soul," received rave reviews from media outlets such as DownBeat and NPR's Fresh Air as well as airplay on jazz radio stations across the U.S. With her sophomore CD "Unbroken," Austin has raised her artistry to a higher level both conceptually and musically. Her silky smooth voice has gained an earthy smokiness and a gravitas ideally suited to expressing her broadening, deepening artistic vision.

"Unbroken" is a soul-steeped affirmation embracing the blues and swing, spirituals and R&B, bebop, post-bop, and Austin's Louisiana Creole heritage. "I've experienced multiple instances of people trying to separate blues from jazz," Austin says. "How can you divide the music that comes from the same diaspora, the same spirit? The idea behind this album is that the African-American spirit remains unbroken. After all of the things we go through we're still here, joyfully creating great art and great music."

Produced by the Grammy Award-winning jazz advocate Richard Seidel (former President of Verve Records) and arranged by trombonist Mitch Butler, the music on "Unbroken" is impeccably executed by the rhythm section of pianist Cyrus Chestnut, bassist Rodney Whitaker, and drummer Carl Allen as well as Butler, veteran tenor saxophonist Teodross Avery, and the formidable young trumpeter Ashlin Parker. In addition to four originals, Austin penned lyrics for the arrangements of Charles Mingus's "Better Git It in Your Soul" and Ornette Coleman's "The Blessing."

The multi-generational band mirrors the album repertoire, which touches on several eras of African-American history. The CD opens with two Austin compositions that speak to the vicious response that has sometimes met black accomplishment -- "Blues Creole" evokes the pioneering Louisiana Creole accordionist Amédé Ardoin, and the searing "Greenwood" connects Watts and Ferguson to the 1921 pogrom that wiped out Tulsa, Oklahoma's prosperous "Black Wall Street" neighborhood.

As if in direct response to these tales of oppression, Austin answers with a rollicking version of the old gospel song "Ain't No Grave," which builds to a glorious sanctified scat solo. She embraces the transformative power of love with a sumptuous "You Must Believe in Spring" and offers an object lesson in gratitude with her lyric for Ornette's early free bop invocation. Soaring to the heavens on Donny Hathaway's "Someday We'll All Be Free," Austin also summons the spirit with a wordless sojourn through Coltrane's "Resolution," scatting his entire solo note for note.

Unbroken closes with righteous marching orders by way of a riveting duet with Whitaker on the civil rights anthem "Keep Your Eyes on the Prize." The song provides the key to Austin's overarching argument, that whether the source is Sunday morning worship, Saturday night revelry, or an afternoon protest, African-American music is animated by a liberating imperative. "Freedom songs aren't only about freedom from an oppressor," she says. "It's about living your life soulfully. We must live with soulful connection to ourselves and our history." 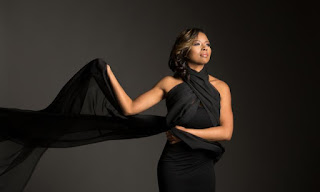 Born and raised in South Los Angeles, Tiffany Austin grew up in a house filled with music. Her parents listened to soul and pop masters like Donny Hathaway and Stevie Wonder, while her Louisiana Creole grandmother introduced her to jazz. Austin graduated from the prestigious Los Angeles High School of the Arts and then attended Cal State Northridge where she majored in creative writing, while studying classical voice.

After graduating in 2004, Austin set out for Tokyo with the plan that she'd look for work as a singer and spend a year in Japan. After finding regular work as an R&B chanteuse, Austin ended up staying in Tokyo through 2009 and only returned because UC Berkeley's School of Law made her a scholarship offer she couldn't refuse. Austin submerged herself in law school and left music behind but after her first year realized she desperately needed a musical outlet and began performing with bassist, composer, and bandleader Marcus Shelby on numerous projects, including the title role in "Harriet's Spirit," an opera about Harriet Tubman. (She went on to earn her J.D.)

With a series of prestigious gigs and residencies, Austin quickly gained attention as the most exciting new vocalist in the region. Now, with Unbroken, Austin makes it clear that she's far more than a beautiful voice. Claiming her cultural birthright, she's an artist drawing nourishment from all of jazz's roots.

Tiffany Austin has planned a series of CD release concerts on the West Coast and in New York City: 6/7 Birdland, NYC; 6/29 Stanford Jazz Festival; 7/5 Kuumbwa, Santa Cruz; 8/11 SFJAZZ, San Francisco. At all but the Stanford date, Austin's septet will feature special guest Carl Allen; Cyrus Chestnut will be with Tiffany at Birdland.