Instrumental Jazz CD of the Month - "Andrea Brachfeld: If Not Now, When?" 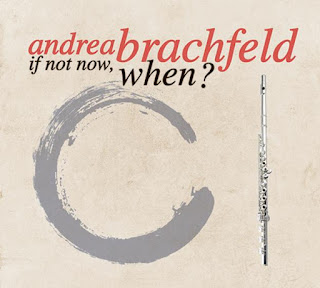 We had Joe Farrell, Herbie Mann and Dave Valentin. We still have Hubert Laws. But now is Andrea Brachfeld's time as the top jazz flute player. Gorgeous tone, outstanding phrasing, and also a brilliant composer.

The "incredible clarity of purpose" flutist-composer Andrea Brachfeld gained after spending 2016 in deep introspection about her life and music generated the nine original compositions on her exhilarating new album "If Not Now, When?," released by Jazzheads Records. The quartet outing, featuring the dynamic rhythm section of pianist, arranger, co-composer, and co-producer Bill O'Connell, a longtime collaborator, as well as bassist Harvie S and drummer Jason Tiemann, is an uncompromising manifestation of music Brachfeld recalls came to her on a cold day in January 2017.

"It seems that music always chooses me, and I very politely acquiesce to its energy. This has been my journey throughout my life and If Not Now, When? is no exception," she explains. "Of all my projects, this recording is the closest yet to my heart. Every note felt good in my body."

The album's song titles, which include "The Listening Song," "Creating Space," "The Silence," "Anima Mea," "Deeply I Live," and "Moving Forward," allude to the year Brachfeld spent on an inner journey meditating as opposed to composing, an experience that was clearly cathartic. "The way I composed all of the songs was like taking a huge block of marble and chopping away until I got the image inside the marble," she says. "It was about seeing what melodies came out and working on them until they felt right."

A grant from Chamber Music America and the Doris Duke Charitable Foundation for the CD -- "a wonderful affirmation" -- assured Brachfeld she was on the right path. "In the end," she says, "it's all about your voice, your journey to find your voice." 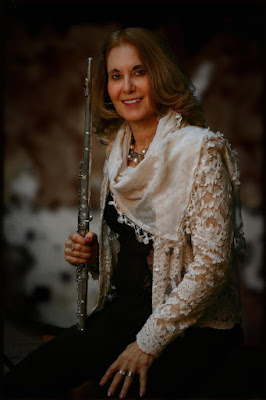 Brachfeld's flute playing has what the late New York Times critic John S. Wilson described as a "vigorously dark, gutty quality." It's no wonder the first jazz flutist to turn her head was free jazz pioneer Eric Dolphy. In her music, that energy she described can pour out to bruising effect. "If you want to play jazz, you have to be able to get the articulation of Charlie Parker, to make the instrument sound like a trumpet or saxophone," says Brachfeld. "With a lot of flute players, I don't hear those articulations."

Andrea Brachfeld was born May 3, 1954 in Utica, NY and raised in New York City. She began playing piano at age six and flute at 10. In 1969, she enrolled at the High School of Music & Art, and, at 16, got her first jazz gig, playing her own pieces with her quartet at an "All Night Soul" presentation at St. Peter's Church. She attended Saturday morning Jazzmobile workshops; Jimmy Heath was one of her flute instructors.

She went on to study flute at the Manhattan School of Music, where her fellow students included Kenny Kirkland, Fred Hersch, and Angela Bofill. After connecting with the Charanga band Tipica New York, Brachfeld recorded with the legendary band Charanga '76, which catapulted her to fame as the first woman to play flute with a Charanga band in the United States.

Andrea Brachfeld Brachfeld recorded her first album, "Andrea" (1978), with Tito Puente percussionist José Madera producing. A year later, she accepted an invitation to perform in Venezuela and ended up staying for two and a half years, during which time she led her own group, opening for such visiting luminaries as GaryBurton, Chick Corea, and Paco de Lucia.

When she returned home to New York in 1981, she devoted herself to her family and attended graduate school, acquiring a Master's in education. For nearly 25 years, she taught ESL and bilingual education while maintaining a local profile as a musician.

Then, in 1998, Brachfeld approached acclaimed jazz flutist (and former high school classmate) Dave Valentin with material she had written and asked if he wanted to record any of it. "His response was, 'I want you to record it.'" That she did, acting as her own producer on 2002's Latin-tinged "Remembered Dreams" (Spirit Nectar). Over the next decade and a half she would release a half dozen albums, eventually moving away from Latin music and back toward her first love, bebop. 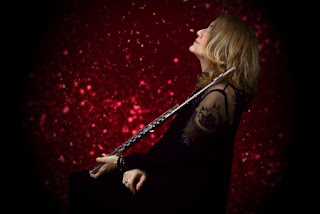