Beyond CD of the Month - "Marcos Amorim: Sea Of Tranquility" 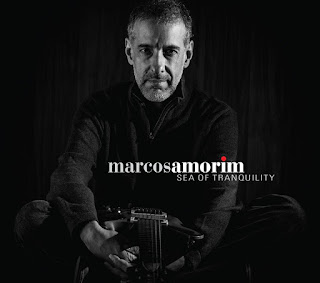 Sea of Tranquility marks the fifth Adventure Music release for acclaimed Brazilian guitarist, Marcos Amorim. ''Apollo 11 finally landed on the SEA OF TRANQUILITY, said the speaker on TV," Amorim writes on the liner notes. "I remembered astronaut Neil Armstrong floating in slow motion in a psychedelic dance as he picked up pebbles of the moon. A lonely and poetic image. That's what I felt at that time. When I wrote and named this this song, I wanted to exactly portray the sensation of peace and solitude that I felt in 1969, at the age of five." 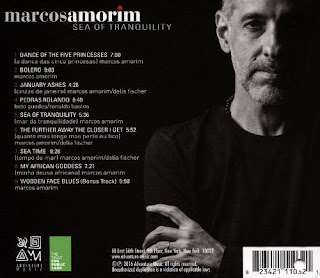 Posted by Arnaldo DeSouteiro at 9:23 PM