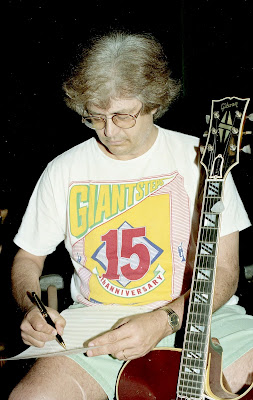 Terrible news. Another idol & friend is gone, another jazz master. Had the honor to work with him during his CTI years ("Fallen Angel" was a best-selling on the Billboard jazz charts) and when I produced the album "Almost In Love / Ithamara Koorax Sings The Luiz Bonfá Songbook," recorded in 1996, on which he guested. The first time I saw him live was in 1978 in a brilliant duo concert with Philipe Catherine at the Sao Paulo Jazz Festival, during the "Twin House Tour." And the first Coryell album I got, as a gift from my aunt Elge Agricola, was "Introducing The Eleventh House" in 1974. It means I have been "connected" to his artistry for 43 years... Photo by Celso Brando (P. Mallagutti, Arnaldo DeSouteiro, Larry Coryell, Ithamara Koorax) 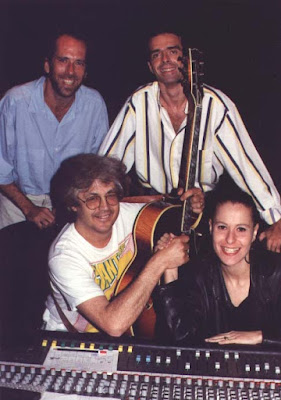 Posted by Arnaldo DeSouteiro at 11:02 PM