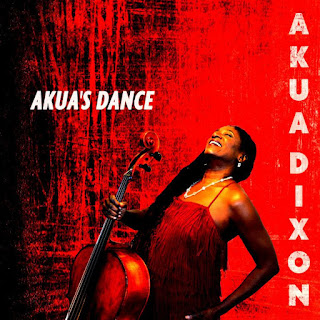 With her sublime new album, "Akua's Dance," cellist Akua Dixon brings her sumptuous sound to the foreground on an array of material encompassing exquisite balladry, the music's deepest roots in African and African-American culture, and instrumental pieces gleaned from Dixon's opera-in-progress. Her label Akua's Music will release the new CD on February 10.

"The music moves forward from where I was to where I'm going," says Dixon, who notes that her last release, 2015's critically hailed album "Akua Dixon," was a string-centric recording that featured her "in a sectional way," Dixon says. "On this one I'm out front with the rhythm section."

Two rhythm sections, to be precise. Seven of the 10 tracks feature her stellar working quartet with guitarist Freddie Bryant, bassist Kenny Davis, and drummer Victor Lewis, with Dixon performing on the baritone violin. Built by the late luthier Carleen Hutchins, "it's an instrument with the same tuning as my cello but a larger, deeper sound," Dixon says. "I wanted some more power."

On three pieces Lewis and Dixon (on cello) are joined by guitar ace Russell Malone and bass legend Ron Carter, with whom she first performed some four decades ago on Archie Shepp's "The Cry of My People" (1972, Impulse!). But Akua had never had a chance to work with Carter playing her music, "so I reached out to him. If you don't ask you don't receive." 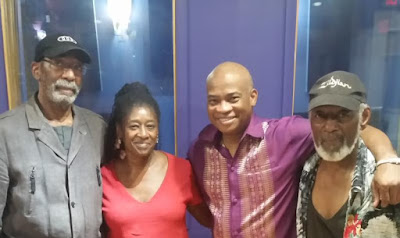 The album opens with Dixon's "I Dream a Dream," a piece she repurposed from her opera based on the life of 19th-century New Orleans voodoo queen Marie Laveau. "This dance rhythm has roots in many parts of Africa and wherever Africans were taken," says Dixon. "Akua's Dance" is another tune drawn from the opera, and its terpsichorean groove was inspired by Dixon's gigs performing for dancers at African-American socials. "Dance was at the foundation of this music," she says.

If the album has an emotional centerpiece it's Abbey Lincoln's "Throw It Away," a song that's become a bona fide standard in recent years. It's the only piece featuring Dixon's soulful vocals.

Closing the album are several pieces that embody the sacred and secular sides of African-American culture. Following a slinky version of Sade's "The Sweetest Taboo," Saturday night revelry gives way to Sunday morning revelation with a reverent rendition of the Negro spiritual "I'm Gonna Tell God All of My Troubles" that basks in the baritone violin's voluptuous lower range. "I always like to include a spiritual," Dixon says. "It's an important part of my legacy." 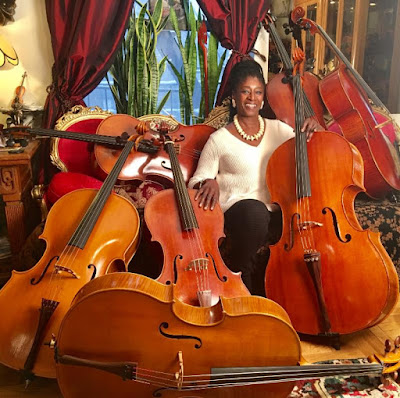 Born and raised in New York City, Akua Dixon grew up in a family suffused with music. She started playing with her sister, the late violinist Gayle Dixon, shortly after the cello came into her life in the 4th grade.

After graduating from the prestigious "Fame" High School of the Performing Arts, Dixon studied at the Manhattan School of Music at a time when the only track available focused on European classical music. She describes her post-graduation gig in the pit band at the Apollo Theater as an essential proving ground.

With the doors of most symphony orchestras closed to African-American musicians (to say nothing of women), Dixon found a home in the Symphony of the New World, where she experienced the Ellingtonian epiphany that led her to jazz. "I started immersing myself in jazz and spirituals, and became determined to learn the secrets of improvising," she says.

In the early 1970s, this jazz string pioneer served as director of new music for the String Reunion, a 30-piece orchestra founded by Noel Pointer, and at the same time launched her own string quartet, Quartette Indigo. A founding member of the Max Roach Double Quartet in the early 1980s, Dixon had honed her rhythmic drive backing the likes of James Brown, but learning to phrase bebop with one of the idiom's founding fathers was an invaluable experience.

"It's been a calm couple of years," says Dixon, now resettled in New York's Hudson Valley. "I'm working on The Opera of Marie Laveau, a project I started a long time ago. I recently completed the second half of the opera since moving to Rhinebeck."

Dixon, along with a quartet of singers and accompanied by her string quartet, will perform scenes from The Opera of Marie Laveau and African-American spirituals, at Mount Morris Ascension Presbyterian Church (15 Mount Morris Park West, 122nd Street at 5th Avenue) on Sunday 2/19, 3:00pm. She is also planning a pair of CD release shows with her quartet at Trumpets, Montclair, NJ, 3/4, and Sistas' Place, Brooklyn, 3/11 (Freddie Bryant, g [replaced by Richard Padron at Sistas' Place]; Kenny Davis, b; Orion Turre, d).